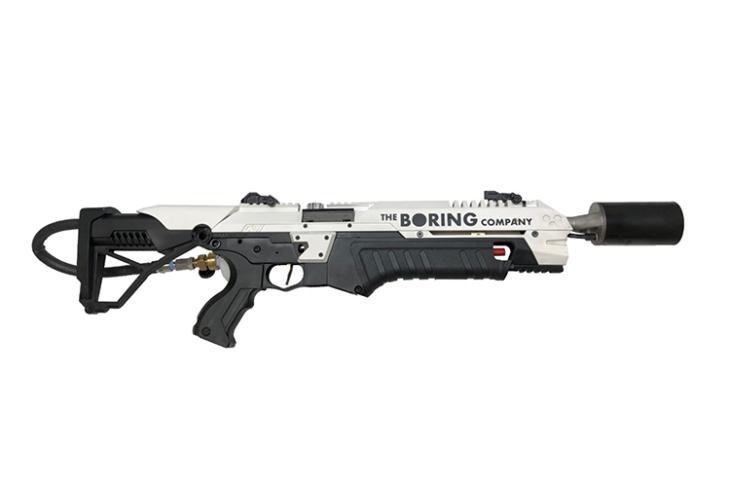 Elon Musk’s The Boring Company started selling $20 hats back in October last year. The hats, which featured the company’s name in bold letters on the front, quickly sold out and added a cool $1 million to the company’s funds. But before the company was able to sell 50,000 hats, Musk took to Twitter and said, “After 50k hats, we will start selling The Boring Company flamethrower”.

After 50k hats, we will start selling The Boring Company flamethrower

While Musk’s claim might seem like an April Fool’s joke, recent reports from Reddit claim otherwise. Following the sale of 50K hats, Musk revealed on Christmas Eve that the flamethrowers were coming “soon!” Now, redditors from SpaceX, Boring Company, and Musk-related subreddits have noticed that the URL “boringcompany.com/flamethrower” is redirecting users to a page with a password box.

It was leaked a few days ago but they changed the password pic.twitter.com/wcMXZ0ARFk

A user was successfully able to guess the original password (which has since been changed): “flame”, which revealed a shop page much like the one for The Boring Company hat. However, instead of the hat, the page listed a preorder prompt for a $600 flamethrower. “Prototype pictured above. Final production flamethrower will be better.”, the listing states. A report from Teslarati, confirms the existence of the fully-functional flamethrower. The report highlights an Instagram post from writer-musician D.A. Wallach, in which the artist is holding an operating the device on his tour of the tunnels being dug by The Boring Company.

A commenter on Wallach’s post highlights that the device is a modified CSI S.T.A.R. XR-5 Airsoft Rifle, which shoots flames instead of BB rounds. While we can’t confirm when the flamethrower will actually go on sale, a Redditor has revealed that the shop page states that the flamethrower will ship in April, which leads us to believe that this could be just an elaborate April Fool’s joke after all.