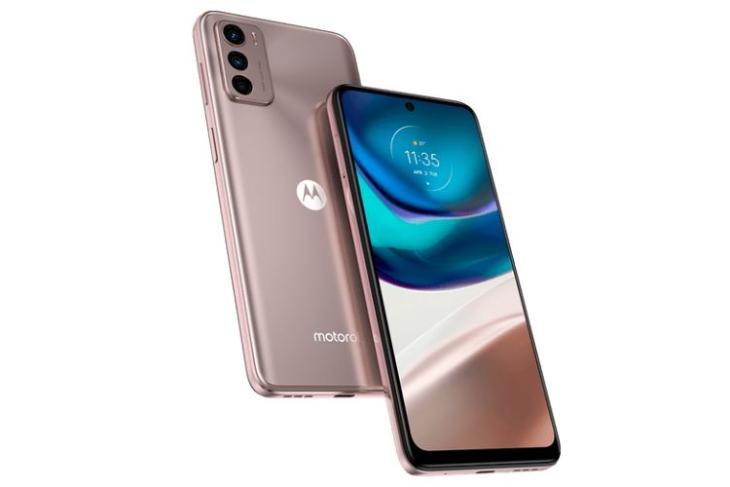 After recently launching the Moto G82, both globally and in India, Motorola has now introduced two new Moto G phones called the Moto G42 and the Moto G62 in Brazil. These are budget smartphones that look akin to most of the recent Moto G phones, feature 50MP triple rear cameras, and more. Here are the details to know.

The Moto G42 is a successor to the Moto G41 and comes with Motorola’s current favorite design: a vertical rear camera hump and a center-placed punch-hole screen. It is a 6.4-inch g-OLED Full HD+ display with support for a 20:9 aspect ratio and the traditional 60Hz refresh rate.

It is powered by the Snapdragon 680 chipset, along with 4GB of RAM and 128GB of storage, which can be further expanded via a memory card. The camera department includes a 50MP main camera, an 8MP ultra-wide lens, and a 2MP macro camera, Upfront lies a 16MP camera for selfies.

The Moto G42 is backed by a 5,000mAh battery with 20W fast charging and if this is disappointing for you, the good thing is that it runs the near-stock Android 12. Additional details include a side-mounted fingerprint scanner, NFC support, a USB-C port, a 3.5mm audio jack, and dual stereo speakers with Dolby Atmos. It misses out on 5G, though. The Moto G42 comes in blue and rose colorways.

The Moto G62, on the other hand, is a 5G-enabled device. It retains the same design as the Moto G42 but comes in different color variants, namely, Graphite and Green.

There’s a 6.5-inch IPS display with a Full HD+ screen resolution and a 120Hz refresh rate. The phone is powered by a Snapdragon 480+ SoC paired with 4GB of RAM and 128GB of storage. It also supports expandable storage via a memory card. The camera configuration and the battery are the same as the Moto G42.

Motorola hasn’t revealed the price and availability details of both the Moto G42 and the Moto G62 5G. W expect these details to be out soon and we will be sure to update this article.

We also don’t know when these phones will launch in other markets, including India. Considering Motorola has adopted the strategy of launching multiple phones in short intervals, these phones could soon reach India too. We will update you on this as well. So, stay tuned to this space.