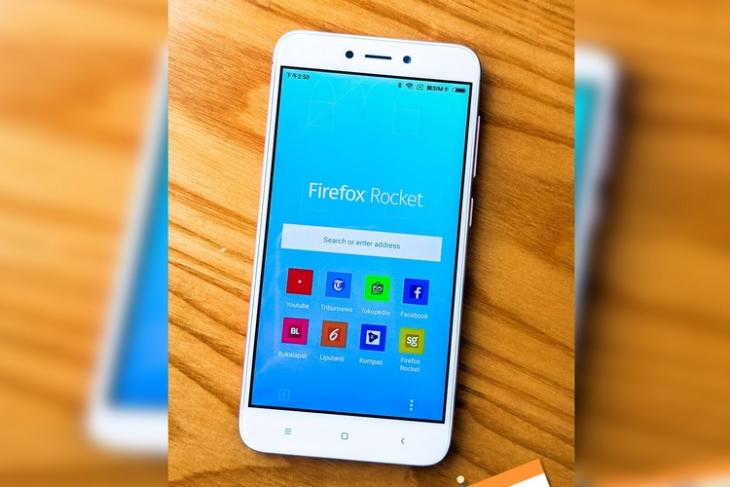 Mozilla‘s new mobile browser, Firefox Rocket, is now available for download from the Play Store in India. It was originally launched in Indonesia last year, and focuses on speed and data-saving as its key USPs. It does so by cutting down on many of the additional features that remain unused by most users, but slow down the browsing experience nonetheless.

A stripped-down version of Firefox, Rocket offers a lightweight experience and saves data while at it. It comes as a tiny 2.66MB download instead of the relatively larger 38MB for the standard Firefox app.

Rocket blocks a whole bunch of common web-bugs and trackers by default, and offers a so-called ‘Turbo Mode’ that allows users to save whole web-pages locally to be read later. It also has a ‘private browsing’ option like Firefox (‘Incognito’ in Chrome lingo), and offers a built-in tool to screenshot an entire webpage. 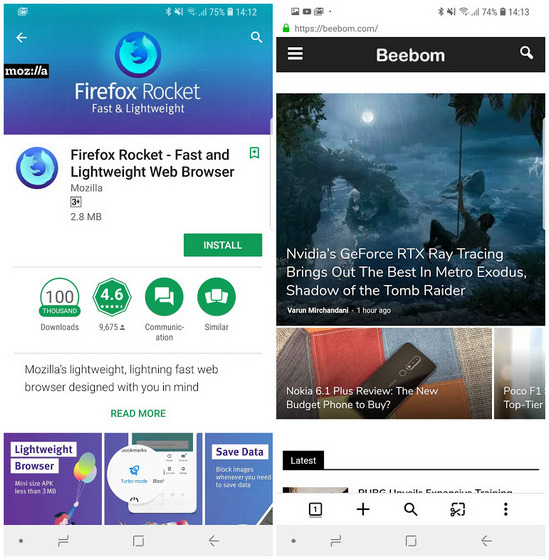 While the tweet clearly suggests that the app is now available for download in India, it’s not immediately clear if it’s available globally, but the company does have a support page for the browser on its US site. In case Firefox Rocket is unavailable in your country, you can download it from APK mirror. In case you’re an Android programmer, you’ll also be interested to know that there’s a GitHub project for the app.

Rocket is one of the many Firefox-based browsers that the company has been experimenting with in recent years, including the voice-controlled Scout, privacy-oriented Focus, a new app called Fenix and more. The non-profit company is also building a Mixed Reality browser called Firefox Reality, which is being designed specifically for the next generation of VR and AR headsets.

Rocket is only available on Android for now, and there’s no word on whether one can expect an iOS version any time soon.