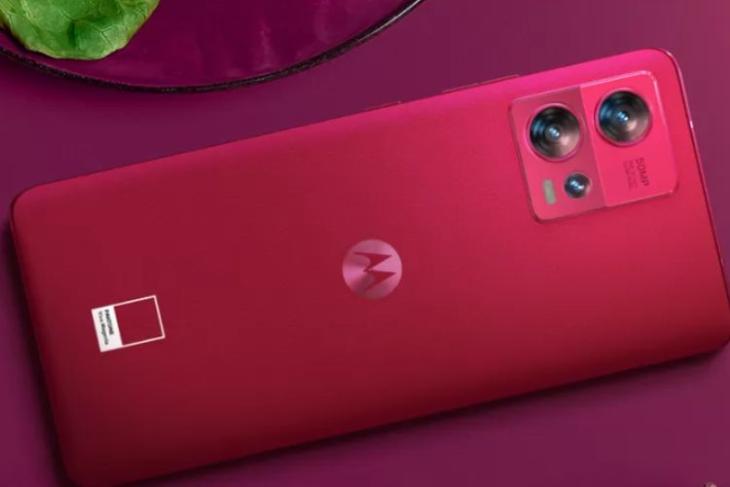 Motorola has introduced a special edition of the Motorola Edge 30 Fusion in India. The device, which was launched back in September of last year, now comes in Viva Magenta. Have a look at it and the other details below.

The new special edition Viva Magenta color of the Edge 30 Fusion is the Pantone Color of 2023, which has been selected based on global trends and themes. The device has a vegan leather back panel with the Pantone branding. Other than this, the design remains the same as the original model. It is available in Cosmic Grey and Solar Gold colors.

The new Viva Magenta Motorola Edge 30 Fusion is priced at Rs 42,999, which is the same as the original model. As an introductory offer, the smartphone will be available at Rs 39,999, starting January 12 via Flipkart, the company’s website, and Reliance Digital stores.

Additional offer includes an instant cashback of Rs 3,500 on the use of an IndusInd bank credit card and Jio benefits worth Rs 7,699.

On the inside, the Motorola Edge 30 Fusion is similar to the one launched previously. It has the same 6.55-inch curved pOLED display with a 144Hz refresh rate, 1100 nits of brightness, and HDR10+. The phone is powered by the Snapdragon 888+ chipset (which is an older option for now!), coupled with 8GB of RAM and 128GB of storage.

There’s a 50MP primary camera with OIS, a 13MP ultra-wide lens, and a depth sensor, along with a 32MP selfie shooter with autofocus. The Edge 30 Fusion is backed by a 4,400mAh battery with 68W TurboPower fast charging and runs Android 12. Additional details include Wi-Fi 6E support, Bluetooth version 5.2, Moto Strongbox, NFC, 5G, Dolby Atmos and dual stereo speakers, an IP52 rating, and more.

Motorola Edge 30 Ultra, Edge 30 Fusion Will Be Launched in India on September 13