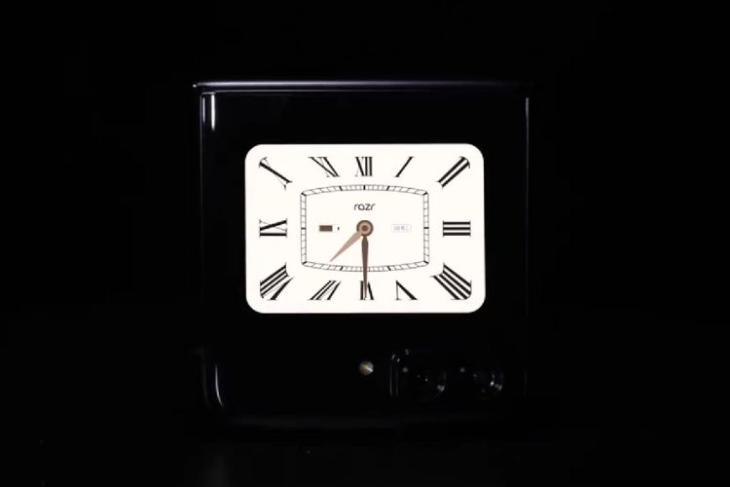 Motorola recently confirmed that it will soon launch the next-gen foldable phone called the Moto Razr 2022. While an official launch date is still awaited, the company has decided to give a peek at its new foldable phone’s design, which will be different this time. Have a look.

Lenovo’s general manager of the mobile business, Chen Jin has revealed the Moto Razr 2022 design via a few images shared on Weibo. The images show the front of the phone, which appears to be different from the previous two Motorola foldable phones.

The phone, in an unfolded form, has a display with lesser bezels (at the top and even at the bottom) and a punch-hole. Thinner bezels will provide more screen area, resulting in an improved viewing experience. It also appears to have more rounded corners. Jin has also showcased the device when folded and confirmed that it will feature a bigger outer display. You can check out the images below:

Other than this, the Moto Razr 2022 looks similar to the existing Moto Razrs in terms of the overall form factor. We can expect a sturdier and more durable hinge but details on this will arrive once the device becomes official.

Motorola, in another Weibo post, has focused on the new Motorola foldable phone in the folded state, yet again, hinting at a larger secondary screen. It also shows dual cameras arranged in a pill-shaped setup, much like the Galaxy Flip 3.

As for the specs, the Moto Razr 2022 is confirmed to be powered by the latest Snapdragon 8+ Gen 1 chipset. A 120Hz display, 50MP cameras, support for fast charging, and more high-end features are in tow. But, we still need more confirmed details to have a better idea and this is expected to be revealed soon. We will let you know whenever this happens. Hence, stay tuned and do share your thoughts on the upcoming Moto Razr foldable phone in the comments below.