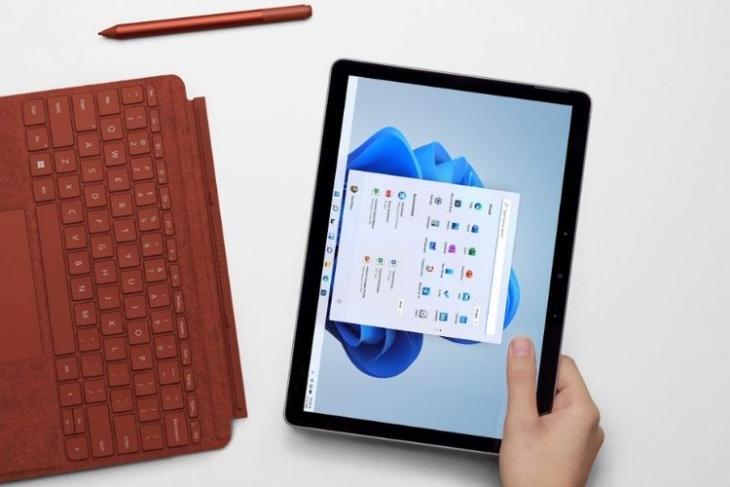 Putting an end to rumors and leaks, Microsoft unveiled the Surface Go 3 at its online hardware event today. It arrives as a successor to last year’s Surface Go 2 (review) and brings minor upgrades to meet the needs of children and at-home workers. So before going to the price and availability, let’s take a look at some of the key specs and features of the Microsoft Surface Go 3.

Starting with the design, the Surface Go 3, much like its predecessor, carries a thin and light profile and has the same display size as the Surface Go 2. So, there is a 10.5-inch PixelSense touch-enabled display with a maximum resolution of 1920 x 1280p. It has a 3:2 aspect ratio and a 1500:1 contrast ratio.

Under the hood, the Microsoft Surface Go 3 is powered by 10th-Gen Intel Core processors – a step up from the 8th-Gen CPUs on the Go 2. It is paired with up to 8GB RAM and up to 256GB of SSD storage. Furthermore, there is a microSD slot onboard for storage expansion.

Turning to the cameras, the latest Microsoft tablet rocks an 8MP auto-focus lens at the back and a 5MP front camera for selfies and video calling. Moreover, the Surface Go 3 comes with support for Windows Hello face unlock to securely access the device.

Other than these, the device packs the same 2W stereo speakers as its predecessor, but with Dolby Audio support. It will also come with Bluetooth 5.0 support, a USB-C port, and a 3.5mm headphone jack. As for differences between the Surface Go 3 and its predecessor, the former comes with support for the latest Wi-Fi 6 technology. So, users can expect faster data speeds over Wi-Fi on the Surface Go 3.

Another minor upgrade on the Microsoft Surface Go 3 is in the battery department. So, unlike the Surface Go 2, the Go 3 packs a slightly larger battery and promises to deliver 11 hours of battery life on a single charge. Plus, the device also supports Surface Pen for easier navigation and note-taking. The Surface Go 3 will run the Windows 11 OS in S Mode out-of-the-box.

Now, coming to the price of the device, you can check out the prices of the different configurations of the Surface Go 3 right below.

As for the availability of the device, Microsoft has started taking pre-orders for this device and will start shipping it out from 5th October.