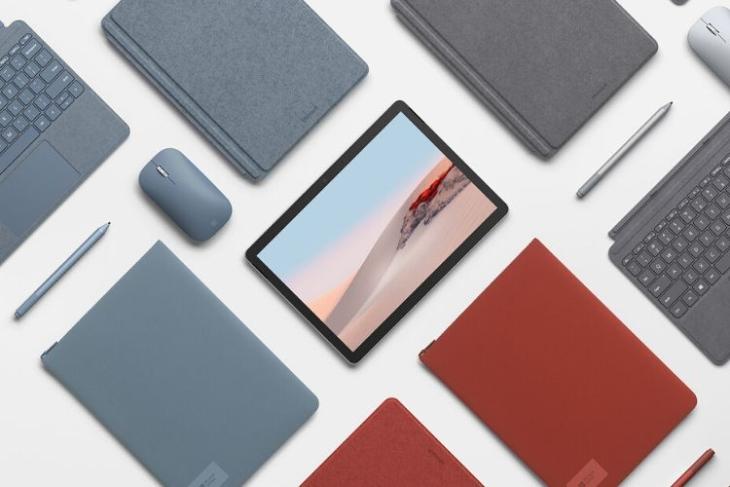 We got a sneak peek at the Surface Go 2 marketing renders, along with the key specs, earlier this morning. Just hours later, Microsoft has officially taken the wraps off the second-gen Surface Go alongside the Surface Book 3 and Surface Headphones 2. The new tablet includes some minor upgrades over the original and starts at $399.

Surface Go 2 carries forward the original design, keeping the ‘same thin, lightweight design’ of the first-gen tablet. The dimensions and port placement are the same. The biggest noticeable change is the slightly bigger 10.5-inch display as compared to the original’s 10-inch panel.

This display still boasts a 3:2 aspect ratio but an improved 1920 x 1280 resolution. A larger display in the same body means narrower bezels, as seen in the render below. 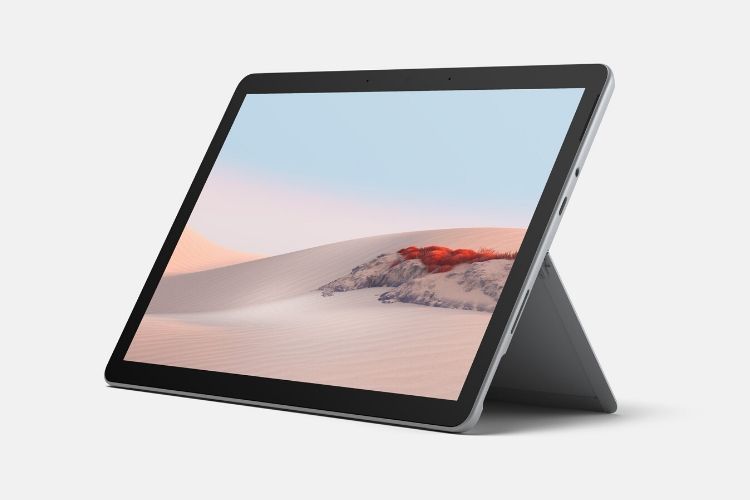 Under the hood, Surface Go 2 now lets users pick from among two options – one is the Intel Pentium Gold processor while the other is the 8th-Gen Intel Core m3 processor. In the official blog post, Microsoft promises “up to 64% faster performance than the original” Surface Go.

Talking about the ports, you have a single USB-C port, microSDXC card reader, and Surface Connect port for charging and docking. There’s dual-microphones on board for improved audio recording and team meetings, along with a 5MP camera on the rear. The company has also baked a new camera app into this tablet.

Microsoft has launched new Type Covers for the Surface Go 2, starting at $99. They will come in four attractive colors, including Platinum, Black, Poppy Red, and Ice Blue. You can, however, choose to use your existing Type Cover as its compatible with this new tablet. It should also offer you up to 10 hours of battery life on a single charge.

Surface Go 2 will go on sale from May 12 and be available in a slew of configurations, all of which have been listed below:

This upgraded tablet PC will be available in select markets, to start with, and won’t be coming to India anytime soon. It was just earlier this week that Microsoft launched the Surface Pro X, Surface Pro 7, and Surface Laptop 3 in India.