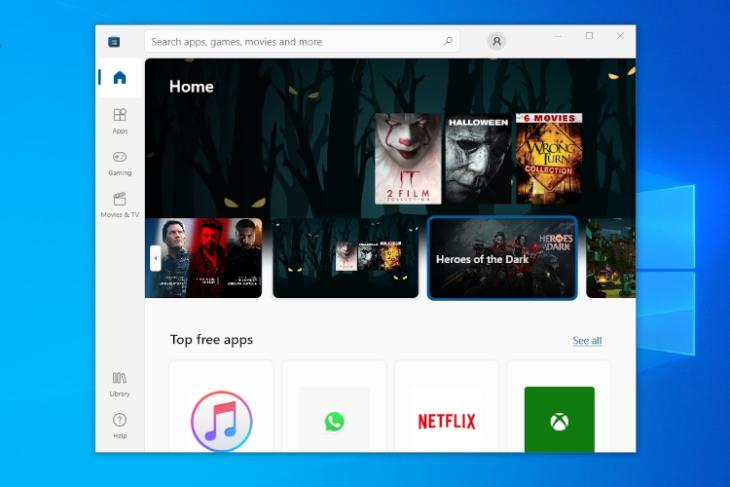 When the new Microsoft Store first rolled out with Windows 11, only select developers were allowed to make their Win32 apps available to users. That’s no longer the case. Any developer with a Win32 app can now submit their apps to the Store and serve them to users with ease. Microsoft accepts unpackaged Win32 apps based on .NET, C++, Electron, Flutter, Qt, Rust, and more technologies.

While it’s good that we will have access to more apps via the Store, the best new addition comes in the form of the “Restore Apps” feature. As the name suggests, it will enable you to restore apps installed via the Microsoft Store when switching to a new device. “This will also help developers retain their customers without having to remind customers to re-download their app,” says Microsoft.

The benefit of this feature is that you won’t need to remember or pen down the name of apps you used regularly on your previous machine. Instead, you can now click a button to set up your new Windows 11 device in a jiffy.

If you’re someone who likes to debloat the Windows 11 experience and offload the Windows Search of unnecessary results, you can add yet another feature to that list. As announced at Build 2022 today, you will soon start seeing search results from the Microsoft Store. Typing an app’s name in the Windows Search bar will surface its listing (if available in the Store), and you can download it by clicking the “Get from Store” button right there, without breaking your flow.

Finally, the Microsoft Store will start showing ads soon. It has announced a new Microsoft Store Ads product for developers, giving them an opportunity to “grow their business by getting their apps or games in front of the right customers at the right time.” So yeah, the Store is growing at a breakneck pace and the company aims to accelerate its growth by allowing any and all Win32 apps to onboard.

What are your thoughts on these cool new Microsoft Store changes in Windows 11? Let us know in the comments section below.