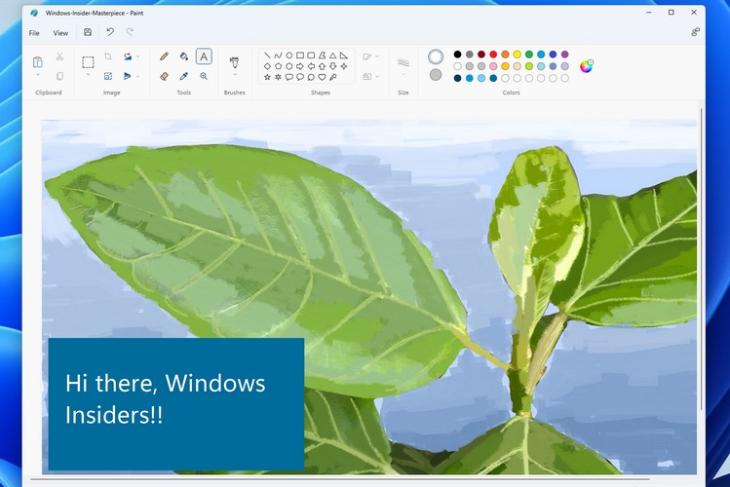 Following the unveiling of Windows 11 earlier this year, Microsoft’s Chief Product Officer Panos Panay shared a teaser video to showcase the revamped Paint app last month. Now, ahead of the public release of the next-gen Windows OS next month, Microsoft is rolling out the new Paint app to Windows Insiders in the Dev Channel.

The Redmond giant recently shared an official blog post to announce the app’s rollout. So, as per the post, the new Paint app is currently available to the Insiders running a Dev build of Windows 11 but is still missing a few features like Dark Mode and a centered canvas.

However, the new Paint app brings a ton of design changes to reflect the new design language of Windows 11. These include updated UIs, rounded corners, Mica, and more.

One of the most important changes in the new Paint app is the revamped toolbar that now comes with updated icons, a rounded color palette, and new drop-down menus for brushes, stroke size, and flip/ rotate options. Furthermore, there is a new text tool (with an “A” icon) that enables users to add customized texts to their creations right in the app itself.

Now, coming to availability, the new Paint app is currently rolling out to Windows Insiders. Although the app is missing some of the new features, Microsoft says that it will add the dark theme, centered canvas, and updated dialogs with a future update. The company will also improve the app further based on user feedback before releasing it to the public.