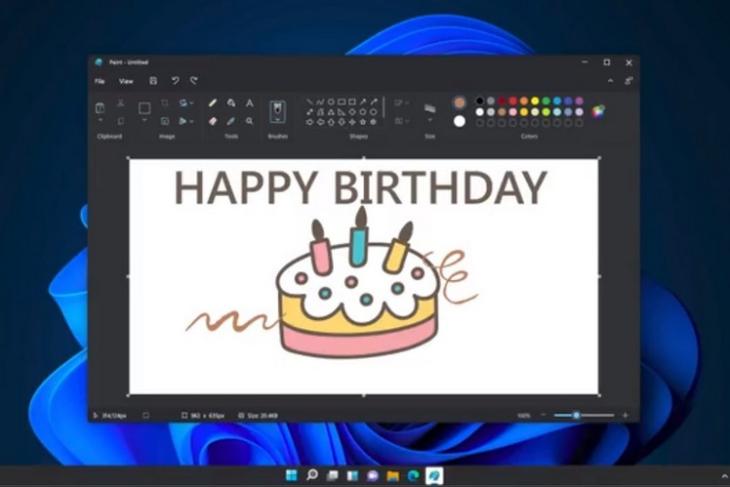 Ahead of the public release of Windows 11 later this year, Microsoft has been teasing the redesigned versions of several of its system apps to match the new UI. We recently saw the company roll out Windows Insider build 22000.132 with redesigned Calendar, Calculator, and Mail apps. Now, the company has confirmed that a redesigned Paint app is also coming to Windows 11.

Microsoft’s Chief Product Officer Panos Panay, after showcasing the Focus Sessions feature coming to Windows 11, recently took to Twitter to showcase the new revamped Paint app. Panay shared a short video to show the various new tools that are coming to Paint soon. If you are eager, check out the tweet attached right below.

As you can see in the video, the new Paint app in Windows 11 looks more modern and sophisticated than the current version. The app now has a new font picker, new brushes, and even a dark mode for improved viewing. The new tools include a quick picker that showcases all the different brushes and their effects. It also comes with a floating font tool along with new options for alignment, size, and more.

Now, although the Paint app in Windows 11 does not appear to support more advanced features such as support for layers, it does look modern than ever. Moreover, it is the first major redesign for MS Paint after several years. RIP Paint 3D?

As for the availability, the new Paint app will be available to test for Windows Insiders in the coming days. Although Panay did not mention a specific timeline for the release, he did add that it is “coming soon”. So, stay tuned for more updates.

Microsoft Paint for Mac: 7 Alternative Drawing Tools To Use