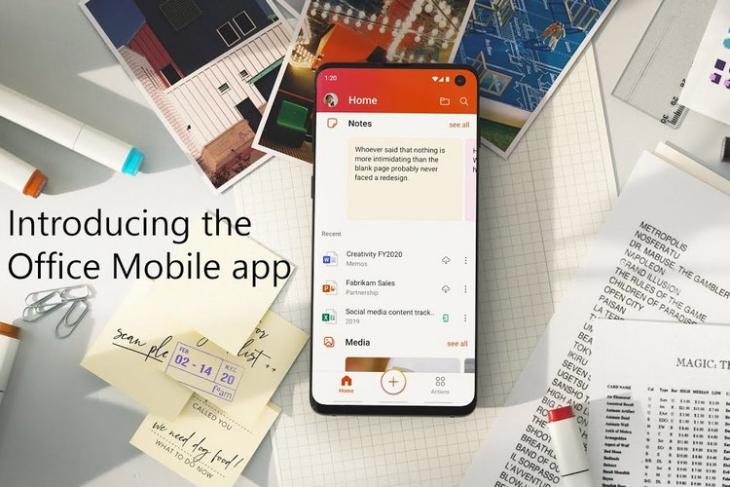 At its Ignite 2019 conference in Orlando, Florida, Microsoft unveiled a new ‘Office’ mobile app that combines its Word, Excel and PowerPoint software into a single, all-in-one productivity suite. The company has offered separate Word, Excel and PowerPoint apps on Android and iOS for years, but the new software combines all three into one single piece of software, just like on Windows and Mac.

The new app is available now as a beta on Android and as a public preview through Apple’s iOS Test Flight program, enabling users to create new documents, prepare presentations and generate spreadsheets without having to download each of the apps separately. According to Microsoft, the individual apps within the suite are identical to the existing versions, which means users won’t have to sacrifice anything in terms of productivity for the convenience.

In an official blog post announcing the new app, Microsoft said: “The new Office mobile app represents our vision for what a productivity solution would look like if first built for mobile devices …  (It) provides a simple, integrated experience that puts the tools you need for working on a mobile device at the forefront of the experience… Whether using it for personal or professional reasons, Office is designed to be your go-to app for getting work done on a mobile device”.

It’s worth noting here that while Android users will still be able to download the beta version, iOS users who’re yet to join the TestFlight program are out of luck for now. Apple only allows up to 10,000 users to join public preview programs of any app, and Office for iOS apparently reached that limit “within a few hours of yesterday’s announcement”.