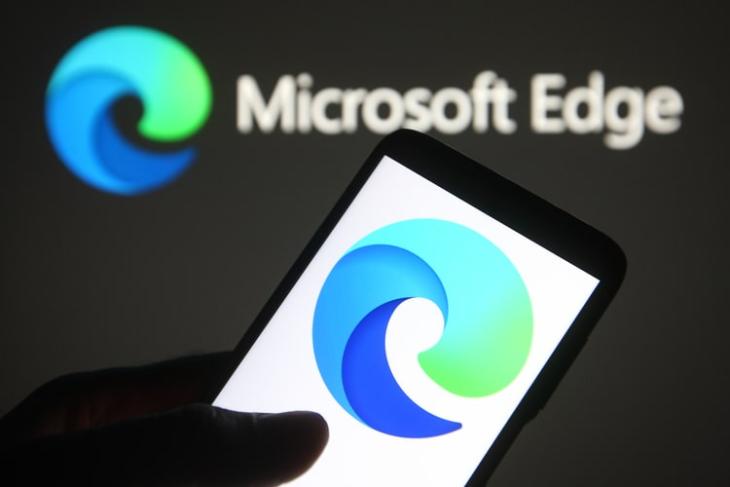 While Google’s Chrome web browser continues to lead the web browser segment in the market, Microsoft has been focusing a lot on its Edge browser to make it a worthy competitor to Google’s offering. Recently, we saw Microsoft test a VPN-like service in Edge called Edge Secure Network. Now, the tech giant has started testing a new “Drop” feature in Edge that lets users save notes and files and access them across devices. Check out the details right below.

According to a recent report by Neowin, Microsoft has added a new “Drop” option in the Edge Canary channel that lets users save any file or note in Edge on their PC and access them in Edge on signed-in devices like smartphones, tablets, or laptops. That said, the feature is built into Microsoft’s web browser and leverages OneDrive to share the saved files and notes across multiple devices.

The new “Drop” feature in Microsoft Edge is located under the Appearance section of the Settings menu, and users can enable or disable the feature as per their wish. Once enabled, the Drop button appears beside the URL bar, at the top-right of the browser.

Clicking the Drop button opens up an overlay window in Edge that shows a QR code for downloading Edge on smartphones and a OneDrive storage bar, indicating the amount of storage used and left in OneDrive. There is also a “Free up storage” button and a button to upgrade the OneDrive plan.

Now, as Neowin points out, Microsoft is aiming to replicate the “Saved Messages” feature in Telegram that lets users store content in a dedicated cloud-based space in Telegram to access them across multiple signed-in devices. However, unlike Telegram’s unlimited cloud storage, Edge’s Drop feature will be disabled once a user’s OneDrive storage runs out.

As for the availability of the feature, Drop is currently available in the Edge Canary version 104. Although, it is a part of the controlled feature rollout and is available for select users even if they are running the said version of Edge. It is currently unclear when Microsoft will roll it out to the stable users. So we’d suggest you stay tuned for further updates, and let us know your thoughts about the new multi-device sharing feature in Edge in the comments below.