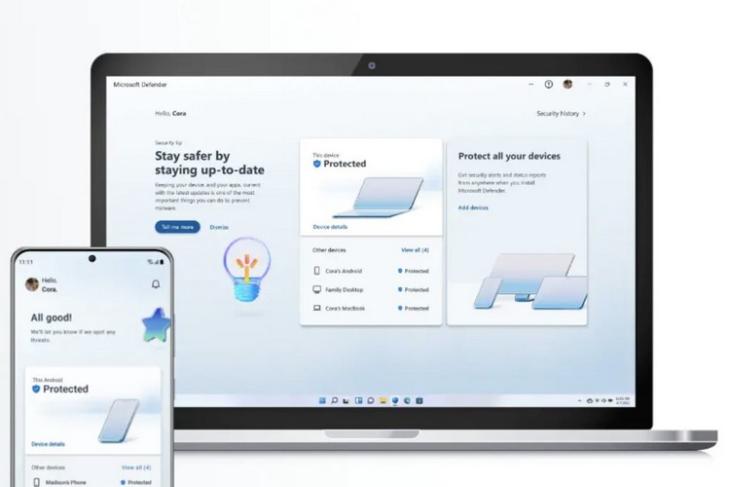 With the ever-increasing threat of cyber-attacks and online scams, we saw Microsoft trial a new Microsoft Defender app for Windows, iOS, Android, and macOS late last year. Now, the Redmond giant has finally made the app generally available for Microsoft 365 users. Check out the details right here!

When Microsoft released the early preview of the Defender app last year, the company described it as a “personal defense against digital threats” on users’ devices, be it a Windows PC, a Mac, or an iPhone or Android smartphone. This is because the app does work on multiple platforms and helps strengthen the existing malware and phishing security systems that a user already has.

The Defender app provides the anti-malware protocols available on Windows to Android, iOS, and macOS device owners. Users will receive security alerts, solutions, and tips to improve their system security through this app. They will also be able to monitor third-party antivirus programs such as McAfee or Norton from within the Defender Dashboard.

It is also worth noting that you will need a Microsoft 365 Family or Personal plan to use the new Defender app on any platform. Moreover, Microsoft said that this was “just the start” of its efforts. Going forward, the company aims to introduce more features like online identity theft protection and secure connections.

You can read more about the new Microsoft Defender app on its official website. And if you are a Microsoft 365 user, you can head to the Microsoft Store, Google Play Store, iOS App Store, or the Mac App Store to download the Defender app right now. Share your thoughts on this security app in the comments below.