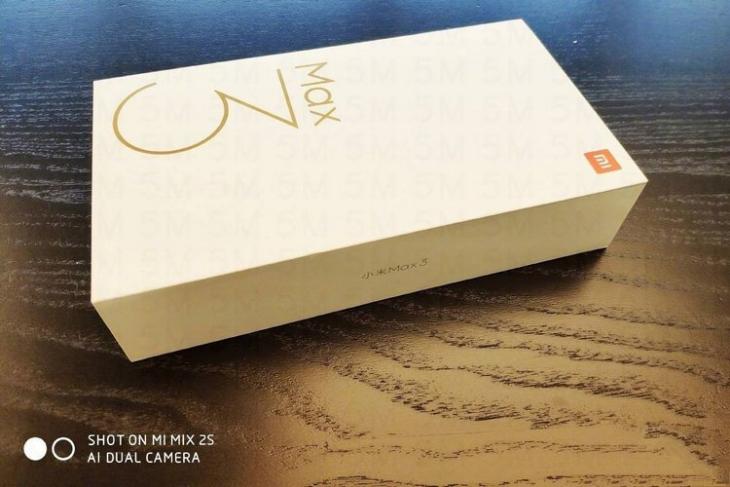 Xiaomi’s Mi Max 3 and Mi Max 3 Pro are seemingly all set for an official reveal fairly soon. The latter, with model number M1804E4A, was recently believed to have been certified by the National Communication Commission (NCC) in Taiwan, paving the way for its launch in the country.

The certification is understood to have come through on June 25, and is the latest in a long line of certifications received by the upcoming smartphone. It was earlier certified by China’s TENAA as well as the US FCC.

Meanwhile, in yet another sign that the launch day isn’t that far away, Xiaomi’s founder and CEO Lei Jun, posted an image of the Mi Max 3’s retail box on Weibo. It was reportedly accompanied by a message which hinted that the launch date may not be too far away. A similar image was also posted on Twitter by the company’s global spokesperson, Donovan Sung, (with an almost identical message), which suggests that it is definitely headed for international markets.

Kicking off Monday by discussing the upcoming #MiMAX3 launch. Many users have asked us to launch this product as soon as possible.

What are your favorite features of Mi Max? Let us know in the comments! ❤️#Xiaomi #launch #comingsoon pic.twitter.com/q4joa7NgWc

While the latest certification doesn’t reveal a whole lot more about the upcoming device, the TENAA listing, as usual, disclosed some details about its hardware specs. Both Mi Max 3 devices are expected to feature a massive 6.9-inch 18:9 display with a FHD+ (2160×1080) resolution.

However, while the ‘Pro’ version is expected to be powered by the Snapdragon 710, the base model is said to come with the Snapdragon 636 under the hood. The TENAA listing also shows that at least one of the devices will ship with a 5,400mAh battery, which is more than the 5,300mAh unit that the Mi Max 2 shipped with.

While Xiaomi is yet to say anything about the price and availability of the Mi Max 3 lineup officially, rumor has it that it will launch in China with a price-tag of 1,699 yuan (around Rs. 17,500). Given that its predecessors were both released in India, one would also expect the upcoming device(s) to be launched in the country at some stage going forward.