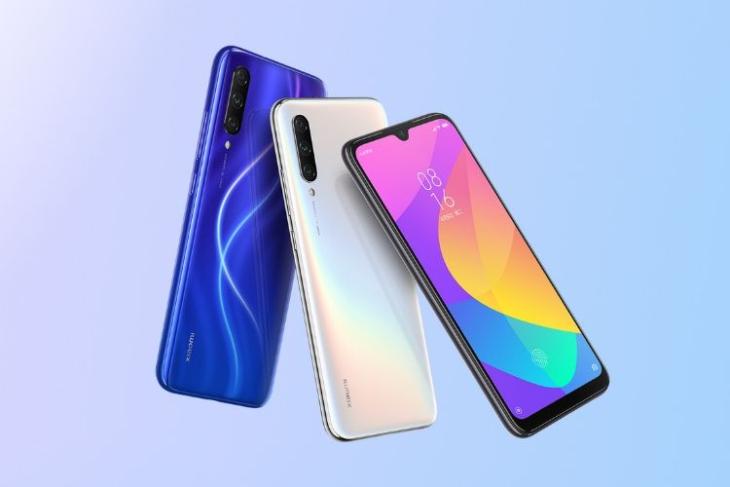 If you’ve been keeping up with Xiaomi’s smartphone launches, you would know that the company recently added the Mi CC9 series to its portfolio. It has since been rumored to launch internationally as Mi A3 with stock Android under the Android One program. Well, the rumor mill is once again on point as the Mi A3 has today officially launched in Spain with a waterdrop notch, triple cameras, and more in tow.

Mi A3: Price and Availability

Xiaomi is going for a more Google-esque naming for its color variants this time around. You’re getting the same white, blue, and grey gradient variants that have launched in China, however, they are now called More than White, Not Just Blue, and Kind of Grey respectively.

While the Mi A2 boasted the standard (but slimmer) metal build that older-gen Xiaomi phones are known for, the Mi A3 adopts the trendy all-glass design. Yeah, the Mi A3 is boasting a 3D curved glass build that should offer a comfortable grip and in-hand feel.

Coming to the front, the Mi A3 features a 6.088-inch HD+ AMOLED display panel from Samsung with a waterdrop notch design. It has a 19.5:9 aspect ratio and a 91% screen-to-body ratio. Yeah, don’t be surprised. This is actually an HD panel, which is a massive downgrade over the Full-HD panel on the Mi A2.

Just like the Redmi K20 Pro, the Mi A3 is equipped with a 7th-gen in-display fingerprint scanner as well and we can expect it to be slower than the one of the Xiaomi’s flagship smartphone. There’s Face Unlock in tow to round up the biometric unlocking options as well. 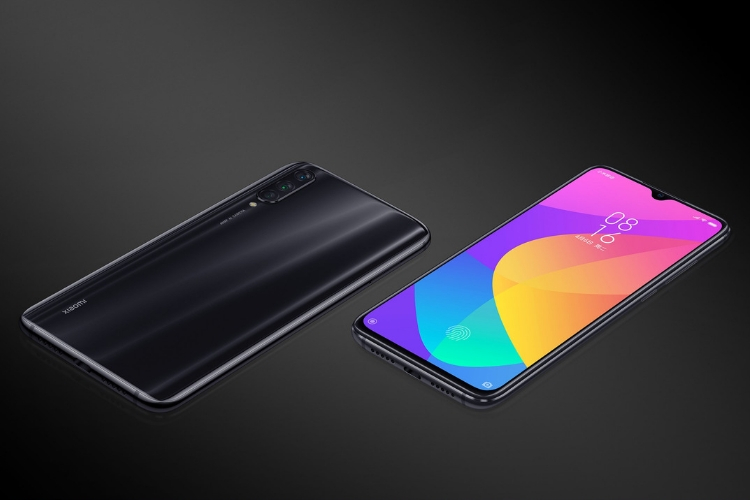 Mi A3 is powered by the Snapdragon 665 chipset, which is a minor upgrade over the Snapdragon 660 chipset baked in its predecessor. It was announced earlier this year and features eight Kryo 260 cores (four performance and four efficiency) clocked at 2GHz. It includes Adreno 610 GPU, Spectra 165 ISP, 3rd-gen Qualcomm AI Engine, and X12 LTE modem. The chipset is coupled with up to 6GB RAM and 128GB storage.

As for the camera department, the triple camera module on the rear includes a primary 48MP (f/1.79) Sony IMX582 sensor alongwith an 8MP (f/2.2) ultra-wide-angle lens, and 2MP (f/2.4) depth sensor. This means you can only record up to 4K/30fps videos using this smartphone, but you do get all the Xiaomi camera software goodness. There’s also a 32MP (f/2.0) selfie camera housed in the waterdrop notch up-top.

This smartphone is equipped with a massive 4,030mAh battery with Qualcomm Quick Charge 3.0 support, which means you can use an 18W fast charger with the Mi A3. It doesn’t come bundled with one in the box and you get a regular 10W adapter here.

It is needless to say that Xiaomi has covered all connectivity bases, with a hybrid dual-SIM/microSD card tray, Wi-Fi 802.11a/b/g/n/ac, Bluetooth 5.0, and more. The biggest upgrade (or downgrade, as some of you may call it) is that the 3.5mm headphone jack makes a return on the Mi A3. Xiaomi removed the same on Mi A2 for a slimmer profile.

We had long been expecting Mi A3 to launch globally as a rebranded Mi CC9e, but there were rumors of a possible processor upgrade. We could have seen a Snapdragon 710 or 730-powered Mi A3 launch today. However, Xiaomi has simply slapped a much-awaited Android One branding on the bottom rear and called it a day.

The Mi A3 that has today been launched in Spain isn’t what we had envisioned from this lineup. A lot of users await the launch of Xiaomi’s Android One-branded “Mi A” series as they want stock Android to drive the daily experience rather than the ad-laden MIUI 10 ROM.

While we ourselves previously explored the idea of Xiaomi killing off the Mi A series on YouTube, that hasn’t turned out to be the case here. Instead, Xiaomi is continuing its Android One endeavor with the Mi A3, just for the sake of it, but it’s no longer a hard-hitter in the company’s portfolio as it once was – especially in India.

The importance of the Mi A series is now being downplayed as Xiaomi wants to focus on their own Redmi brand, which now strives to further its ambitions and is independent of their Mi brand. This brand also gives them a chance to earn a little extra, thanks to the plethora of annoying ads splayed across MIUI.

Basically, Xiaomi wants to sell more Redmi phones, which can be proven by their Redmi K20 and K20 Pro that launched in India today itself. There is currently no word about an India launch, but we can expect Mi A3 to be coming to the country next month – with a possible internals upgrade to satiate the users and compete in the market.

What are your thoughts on the Mi A3 Android One smartphone? Let us know down in the comments section.