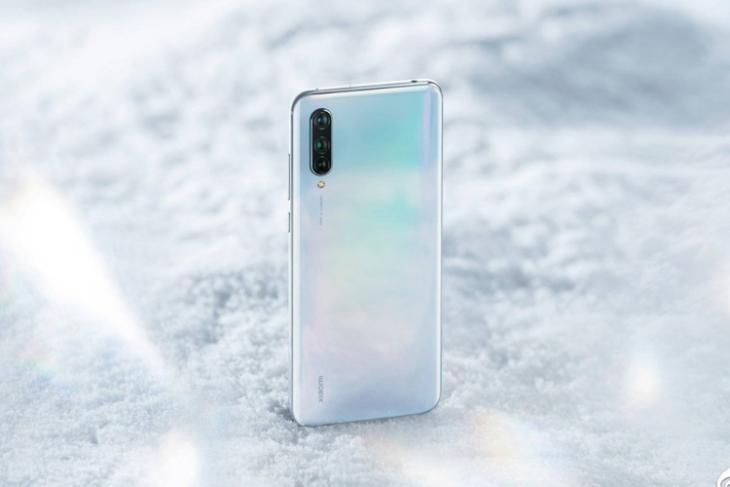 After treating us with a myriad of teasers for the last couple of weeks, Xiaomi has today taken the wraps off its new “CC series” under the Mi brand. The company announced its new CC lineup earlier in mid-June and it stands for Colorful & Creative. The Mi CC9 lineup focuses on the youth and female audiences, extending a more trendy and camera-centric experience to them.

The Mi CC9e has been priced starting at 1,299 yuan (roughly Rs 13,000) from the 4GB RAM and 64GB storage variant. You can check out the price for all the variants here: 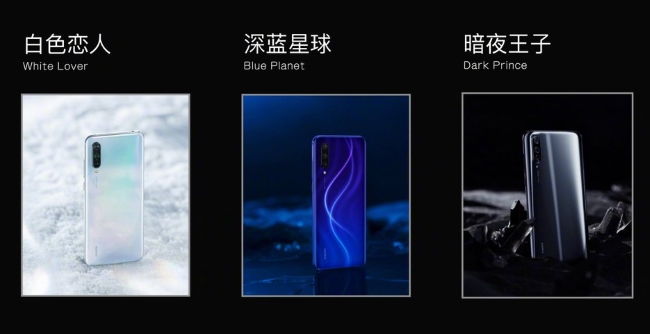 Mi CC9 will be available in many different and attractive color variants, including Blue Planet, White Lover (looks similar to Galaxy S10 Prism White), and Dark Prince (looks similar to OnePlus 7 Mirror Black). Mi CC9 series will go on sale starting from 5th July, however, the pre-orders are live right away.

The design and build of the Mi CC9 series, as revealed by CEO Lei Jun, is based on their flagship Mi 9 smartphone. It’s a glass and metal build, with a 3D curved design that has recently been adopted a number of phone makers.

You can notice the similarities here with the triple cameras or waterdrop display, however, Xiaomi has tried making Mi CC9 stand out by adding RGB lights into the mix. Yes, you heard me right. Even though this isn’t a gaming-specific smartphone, you get an RGB-lit breathing Xiaomi logo on the rear panel. It has a breathing effect, which will sync with alarms and music playback.

Mi CC9 features a 6.39-inch Full-HD+ AMOLED display from Samsung, with a 91% screen-to-body ratio and 600 nits of brightness. You can see in the attached image that  the CC9 has a waterdrop notch and there’s a 32MP selfie snapper onboard. There’s a 7th-gen in-display fingerprint scanner onboard as well, which we can expect to be quicker in unlocking the phone than the 5th-gen sensor on the Mi 9.

Xiaomi spent a good chunk of time talking about the selfie camera, which has the same megapixels as the selfie-centric Redmi Y3 launched by the company in India earlier this year. The highlight, however, is Xiaomi’s Apple Memoji clone called Mimoji and the animated faces (which are highly customizable) looks like a good clone as per the video teaser that was shown on stage.

This smartphone, as was rumored, is powered by the Snapdragon 710 AIE chipset (the same as the Realme 3 Pro). You get up to 6GB of RAM and 128GB of storage. As for the camera department, the Mi CC9 bakes a triple camera setup on the rear. You’ll get a 48MP primary sensor, coupled with two other sensors whose specs weren’t revealed on stage.

The Mi CC9 is equipped with a 4,030mAh battery pack, with support for 18W fast charging in tow. It bakes in all your standard connectivity options, including NFC, and offers hi-res audio experience as well.

In line with the rumors, Xiaomi also unveiled the Mi CC9e at the event as well. It isn’t a whole lot different from the Mi CC9, however, you find a slightly smaller 6.088-inch HD+ AMOLED screen on this device. Yeah, HD. 720p screen. It’s also powered by the newly launched Snapdragon 665 chipset, which is a minor upgrade over Snapdragon 660.

All other features of the Mi CC9e remain the same as the Mi CC9 including the in-display fingerprint sensor, triple rear cameras, a 32MP selfie camera, and the 4,030mAh battery. 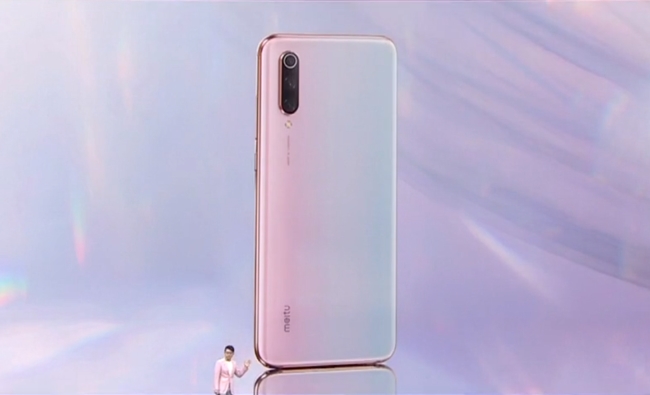 Finally, the third variant of the Mi CC9 to be released at the launch event is the Mi CC9 Meitu Edition. It’s targetted towards the female audience and Xiaomi has made a minor change on the design front to reflect the same. The rear panel now has a “pink gradient” added to the White Lover color variant.

While the specifications remain mostly the same on this variant, but the Mi CC9 Meitu Edition comes baked with the company’s advanced imaging capabilities. Meitu not only promises a super high-quality shot right from the camera but also offers zero-skinned, sleek MT image enhancement technology on the device to enhance the output. Mi CC9 Meitu Edition will also provide better results in low-light conditions, which we’ve talked about below. 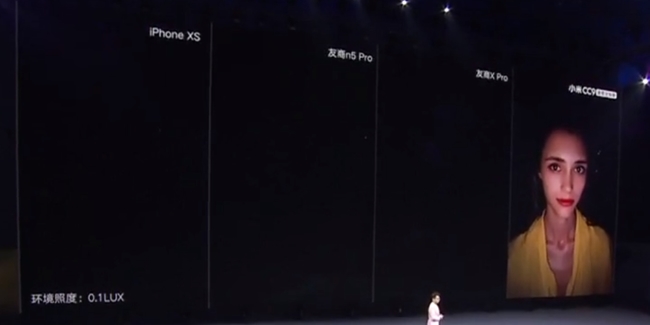 The most significant addition to the Mi CC9 Meitu Edition has to be the “AI low-light portrait mode,” which the company had teased prior to launch on Weibo last week. I mean, you can now capture some great selfies even when it’s completely dark around. Well, this looks to be an upgrade over Google’s Night Sight and it’s crazy if you look at camera sample comparison attached above.

Meitu has also made it possible for beauty gurus and vloggers to record improved videos via the video beauty feature, It does no exaggeration and deformation to the skin and the smartphone can recognize 77 human body features for precise recognition, capture, and more, which is great. There’s a ton of other new camera features that will appeal to female audiences.

Xiaomi has also launched a couple of accessories to go along with Mi CC9 Meitu Edition, including a selfie soft light for 49 yuan (roughly Rs 500) and mobile shell bracelet for 199 yuan (Rs 2,000). This will help female users show off their new Mi CC9 smartphone and capture better pictures.

On paper, all of the Mi CC9 devices look to be a pretty capable bunch. They look like an impressive package for the price tag they’re being offered at and that’s always expected from Xiaomi. There are rumors that the Mi CC9 will land in India under the Android One program as Mi A3, but I suggest you take this rumor with a grain of salt.