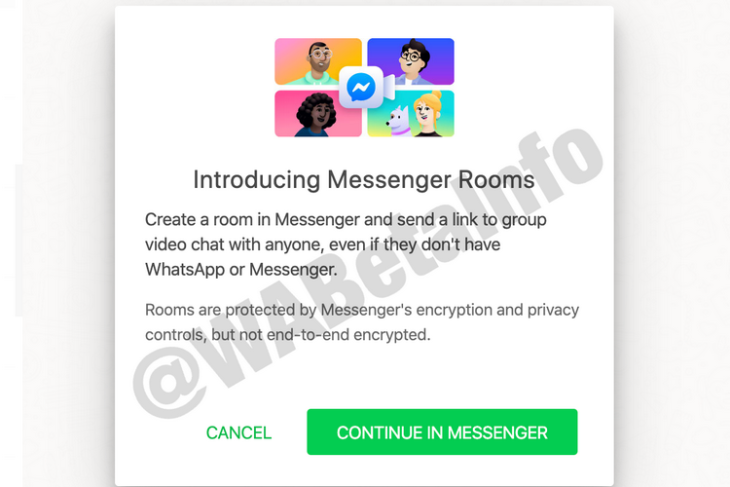 After increasing the number of participants in group video calls from four to eight, WhatsApp is now working to integrate Facebook’s all-new ‘Messenger Rooms‘ conference calling feature with the platform. While the social media giant has already announced that Messenger Rooms will be a part of all its apps, including Facebook, Messenger, Instagram and WhatsApp, we now seem to have a new set of screenshots that reveal how the feature may work in the web app of the popular instant messaging service.

The screenshots come from noted WhatsApp tipster, WABetaInfo, and shows some of the shortcuts that will be implemented in the WhatsApp web app. As can be seen, the Messenger Rooms shortcut will be visible in the main actions list (image 1), and if the user selects the shortcut, WhatsApp will show a splash screen (image 2) with information about the feature. The third image shows that users will also be able to create Rooms from the main drop-down menu.

WhatsApp Web & Desktop App Get Messenger Rooms Integration; Here’s How to Use It