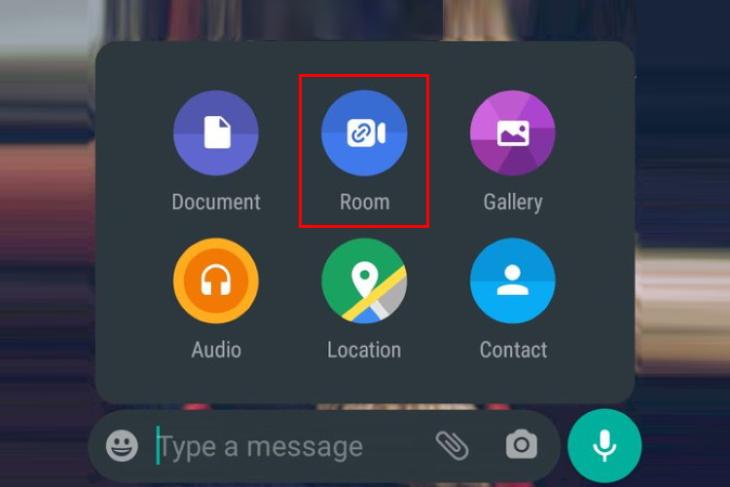 Facebook is not pulling any punches and is gearing up to snatch a chunk of the video conferencing market from rivals like Zoom and Google Meet. The company has already rolled out Messenger Rooms to everyone across the globe this week. Now, in line with rumors, the Messenger Rooms integration in WhatsApp has started to go live for some users.

First spotted by reliable tipster WABetaInfo, the Messenger Rooms integration today went live for WhatsApp Android beta users running the latest build #2.20.163. The feature seems to be rolling out in phases but should be available for all beta users in the next few hours. The rollout began with the U.S., as per WABetaInfo, but select users from Ghana and India are also seeing the dedicated ‘Messenger Rooms’ button. We are running the latest beta update but the integration hasn’t gone live for me just yet.

The screenshot attached above is from a user in Ghana. You can see that ‘Messenger Rooms’ will be accessible from two locations inside WhatsApp. Either you can tap the ‘Attachments’ icon to see that the camera icon has been replaced with the ‘Messenger Rooms’ icon. Or the ‘Calls’ tab now also includes the same icon, along with the ‘Start Call’ option.

To start a Messenger Rooms call, which supports up to 50 participants, you’ll need to have the Facebook Messenger app on your phone. WhatsApp will brief you about the feature and show a ‘Continue in Messenger’ button to create the room. Once the room is created, you can share the link in your WhatsApp Group.

One thing that may catch your eye in the screenshot above is that Messenger Rooms calls aren’t end-to-end encrypted like WhatsApp – now supports up to 8 participants. However, it’s interesting to see Facebook make video conferencing accessible to its massive userbase through WhatsApp – that too for free. The integration is currently accessible only to Android beta users but should make its way to iOS beta users in the next few days.

WhatsApp Web & Desktop App Get Messenger Rooms Integration; Here’s How to Use It

WhatsApp Working on Messenger Rooms Integration on the Web