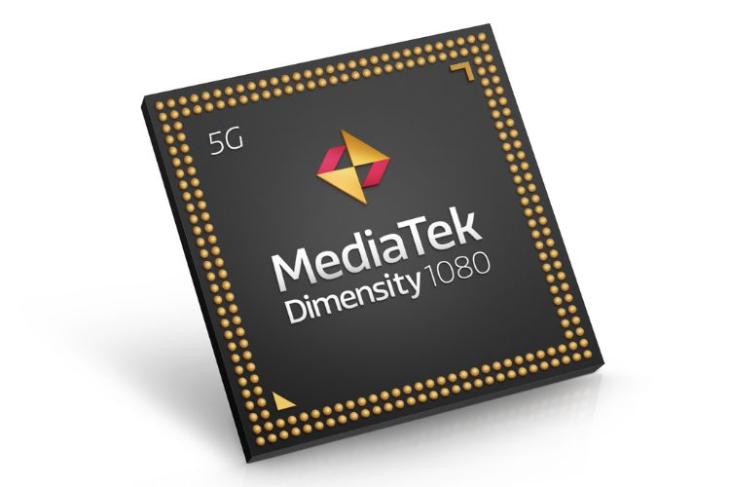 MediaTek has introduced the new Dimensity 1080 5G chipset, which comes as a successor to last year’s Dimensity 920 SoC. There are several improvements to look at but camera upgrades are the prominent ones. Check out the details below.

The MediaTek Dimensity 1080 chipset is based on the 6nm process tech and has an octa-core CPU structure. The setup includes two Arm Cortex-A78 CPU cores with a clock speed of up to 2.6GHz and six Arm Cortex A55 cores clocked at up to 2.0GHz. To recall, the Dimensity 920 supported a clock speed of up to 2.5GHz. For graphics, there’s the Mali-G88 GPU. The chipset comes with support for LPDDR5 RAM and UFS 3.1 storage.

For the photography part, phones with the Dimensity 1080 chipset can include up to a 200MP main camera and support hardware-accelerated 4K HDR videos. MediaTek’s Imagiq image signal processor (ISP) can provide high-quality images and videos.

The MediaTek HyperEngine 3.0 is meant to ensure improved gaming performance and the MediaTek APU 3.0 will bring in various AI tricks for the cameras and efficient performance. The phones can get up to Full HD+ 120Hz displays with variable speeds to save power.

The MediaTek Dimensity 1080 chipset will reach smartphones by Q4, 2022. But, there’s no word on which phones will be powered by it as of now.