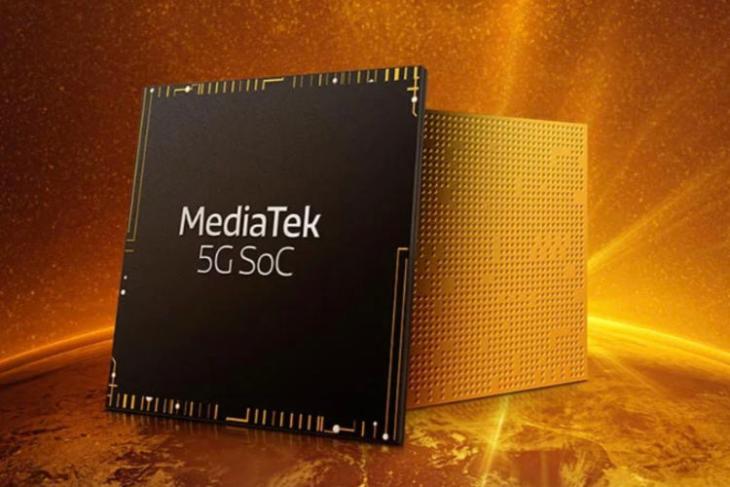 After originally announcing that it’s working on a 5G chipset earlier this year, and leaving us with little more than a codename — MT6885Z — MediaTek has finally unveiled the processor complete with an actual name, along with all the specifications we wanted to take a look at.

The MediaTek Dimensity 1000 is the company’s first 5G chipset. It’s built on the 7nm process and comes with an integrated 5G modem, and uses ARM cores divided into four high-performance Cortex A77 cores, and four high-efficiency Cortex A55 cores to complete its octa-core layout. That’s slightly surprising considering most smartphone processors these days utilise a tri-cluster core layout instead of a simple dual-cluster such as the one on the Dimensity 1000.

Either way, the cores themselves are pretty great, they are flagship ARM cores so we can expect great performance here. The four A77 cores on the Dimensity 1000 are clocked at 2.6GHz, while the four high-efficiency A55 cores are clocked at 2.2GHz. There’s also the Mali-G77 MP9 GPU to handle graphical needs.

For 5G, MediaTek has the Helio M70 5G modem inside the Dimensity 1000, which, the company claims is capable of 4.7Gbps download and 2.5Gbps upload speeds. In comparison with other 5G chipsets, the Kirin 990 5G can achieve 2.3Gbps downlink and 1.25Gbps uplink speeds, whereas the X55 modem from Qualcomm which the company will use for its 5G SoCs is capable of reaching 7Gbps download speeds, according to the company. There’s also the fact that the Kirin 990’s 5G modem doesn’t support mmWave, while Qualcomm’s X55 does, which is why it has such high download speeds on 5G tests. It’s currently unclear to me whether the MediaTek Dimensity 1000’s Helio M70 5G modem supports millimeter-wave or not, but I’ll update this article when we know more.