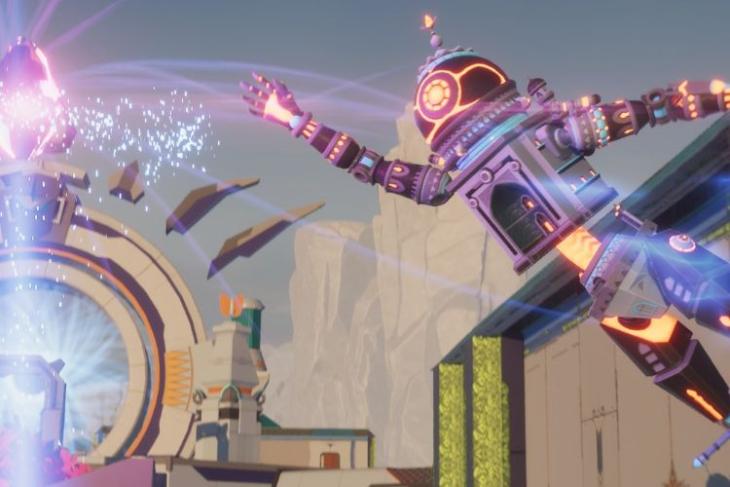 Pune-based SuperGaming has been busy creating its upcoming Indo-futuristic battle royale game Indus for quite some time now. And after a warm reception from the various playtests last year, the developer has shared more about Indus through its first gameplay trailer. It does not end there, as the pre-registration for Indus went live on Android via the Google Play Store, with iOS to follow suit at a later date. Here’s everything you need to know about the new trailer and pre-registration of the Made in India Indus battle royale game.

As India celebrates its 74th Republic day, the first gameplay trailer for SuperGaming’s upcoming battle royale game – Indus has released to give us a quick look at the map, player skins, gun mechanics, and more. After much teasing, numerous playtests, and a reveal trailer shown at New York Times Square in August 2022, we finally get a sneak peek at how the game will play and perform on mobile devices.

Alongside the launch of the trailer (linked below), SuperGaming released a series of high-impact takeovers across London. This is in line with the company’s vision of putting India on the global gaming map. Check out the gameplay trailer right here:

The new gameplay trailer showcases the map of Indus — Virlok. It briefly shows us various locations and landmarks on the map, with Mythwalkers, the game’s players, duking out against each other. The gameplay trailer showcases four different character skins in the game called Paragons. Including Adam, Sir-Taj, Adya, and Big Gaj, to name a few, the Paragons boast a futuristic look, all while retaining an Indian-inspired design and staying true to the game’s Indo-Futurism roots.

It does not end there, as the new trailer also features a few weapons players will scavenge and loot from the map of Virlok. Most of these weapons take inspiration from real-life counterparts and other games,including the Kismet CS10 Shotgun, A27 Locust Assault Rifle, the unique Judgement pistol, and Devastator LMGs, among others. They all have a futuristic touch added to them. The trailer further boasts the ambition and scope that SuperGaming hopes to achieve and doesn’t shy away from showcasing the same.

Talking about the gameplay trailer launch, SuperGaming co-founder and CEO Roby John stated, “As we’ve been making Indus and seeing its gameplay evolve over the year, we wanted to share it with the rest of the world. This gameplay trailer is for the Indus community the world over that may not have been able to play it with us and to show off the true scale of battle royale that we want you to have when the game is out.”

As mentioned above, the pre-registration for Indus officially went live for Android users today. So visit this link to pre-register and be one of the first to try this new battle royale game. Unfortunately, iOS will have to wait some time to get their hands on the game. Players who pre-register early will receive a sweet surprise that SuperGaming claims will “make [player’s] experience of Indus truly their own.” Finally, SuperGaming plans on hosting another new community playtest in 2023 and will reveal the dates soon.