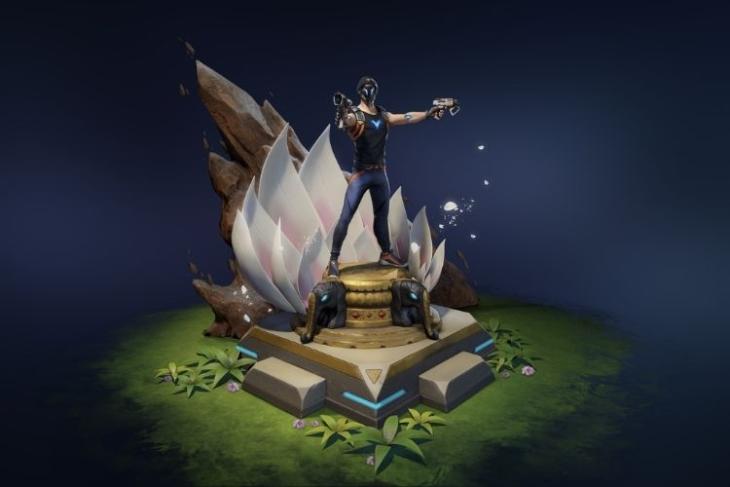 SuperGaming, the developer behind popular online multiplayer titles like Silly Royale and Mask Guns, announced the first made-in-India battle royale game “Indus” last month. Although the company did not reveal much at the time, it recently shared several new details about Indus, including the story of the game, the name of the primary character, map, gun, and more. So, let’s take a look at what to expect.

Indus: Here’s What We Know

If you missed our last story on Indus, you should know that the game will be based on Indian culture and myths. Now, almost a month after introducing the game, SuperGaming has revealed the name of the character that players will take the role of. Additionally, the company has shared that the game will be based on Indian lore with some twists. Also, some technical details about the title, playable on mobile, PC, and consoles, have also been revealed in the official blog post.

It has been revealed that you will play as a character named Mythwalker (header image), who is a hired gun for an intergalactic syndicate called COVEN. The spacefaring organization has discovered a new, scientifically advanced planet called Indus, which contains “life-changing natural wealth” called Cosmium and “ever-changing islands.” All the battles in the game will take place on one of the ever-changing islands on Indus, named Virlok.

Other than these, SuperGaming also shared an early concept of a gun that might be available to use in Indus. The gun is called Ashvini, and it is a double-barrel burst-fire sniper rifle that looks much like the Triple Take from Respawn’s Apex Legends Mobile. Check out the image below to get an idea of what it might look like in-game. We can expect the game to have a number of weapons and details about more of them might be revealed soon.

Furthermore, it has been confirmed that Indus will be a free-to-play title and will come with in-app purchases. Although SuperGaming stated that it is looking into introducing a battle pass for the game, it did not confirm whether Indus will get seasonal battle passes during its life cycle.

As for the technical details, the developer revealed that Indus will run on Unity as a base engine along with a custom-built sandbox shooter tech stack called Indus Engine. The game will also focus on anti-cheat measures and SuperGaming has promised that it would monitor and act on unusual activities in the game to deliver a fun and fair gameplay for all.

This is all we know about Indus as of now. There is also an Indus Creator Program, which you can join to access exclusive details about the game ahead of its official launch, details on which are expected soon. Stay tuned for further updates and let us know your thoughts on the story, character, and other details of Indus in the comments below.