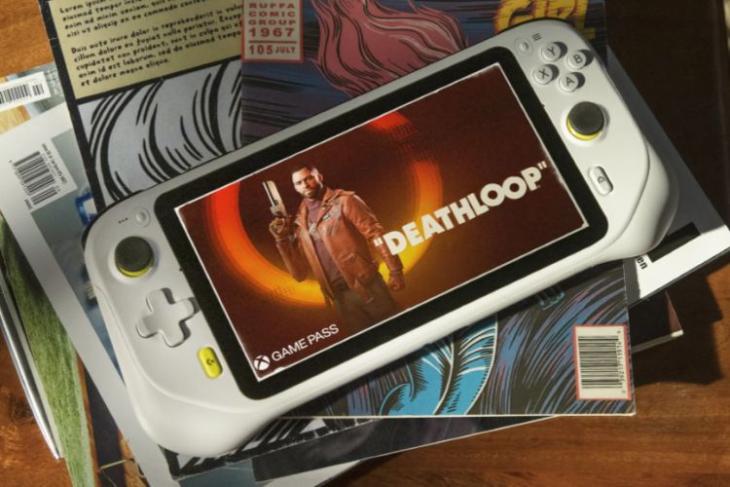 Last month, Logitech revealed plans to introduce a handheld gaming device in partnership with Tencent later this year. We even got a look at its possible design and now, the Logitech G Cloud Gaming Handheld is finally official. Here are the details.

The Logitech G Cloud looks similar to the Nintendo Switch and Steam Deck handheld gaming devices and matches the previously leaked design too. There are the A/B/X/Y buttons, the D-Pad, two analog joysticks, two bumpers, two analog triggers, and L & R option buttons, along with the G button and the Home button.

There’s a 7-inch IPD LCD touch display with support for 450 nits of brightness, a Full HD screen resolution, and a 60Hz refresh rate. And weighing 463 grams, it is lighter than the Nintendo Switch. The back has a textured finish for better grip.

As for the gaming part, the gaming console can provide access to a number of AAA titles from the cloud. The games will be rendered on remote servers; hence, downloading them won’t be necessary. This will require an Xbox Game Pass Ultimate., NVIDIA GeForce NOW, or even a Steam Link subscription and Wi-Fi.

There’s no word on when it will be available in the regions.