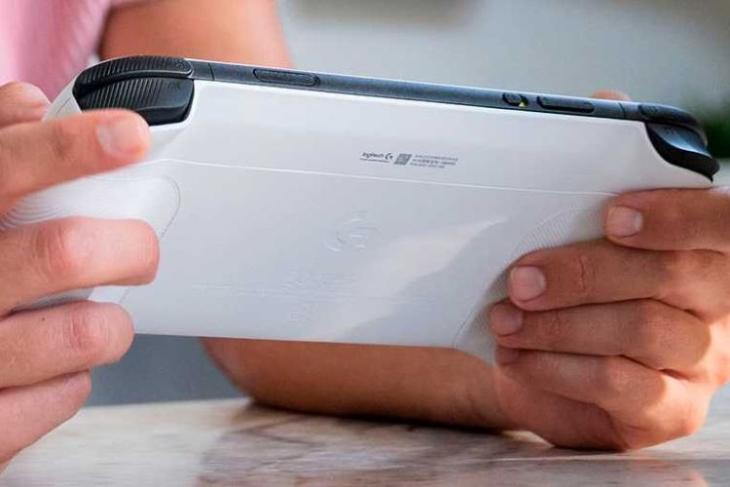 Earlier this month, Logitech announced a partnership with Tencent to launch a gaming handheld with support for cloud gaming. The device, which is expected to arrive later this year, has now appeared in leaked images, giving us a look at what it may be like. Check it out!

This Could Be the Logitech G Gaming Handheld!

Popular tipster Evan Blass has leaked some images of the Logitech G Gaming Handheld, which appears similar to various gaming handhelds like the Nintendo Switch and the Steam Deck, among others. However, the images no longer exist due to copyright issues.

It is seen featuring the ABXY buttons, the home button, two joysticks, a D-pad button, and even shoulder pads. There’s a dedicated G button too. The back panel has the Logitech logo and textured sides for a better grip.

One image showcases the UI of the Logitech G Gaming Handheld, which appears to support the Google Play Store, Chrome, and even YouTube. There are options for user profiles, settings, Bluetooth, Wi-Fi, power, and more. You can check out the images below.

For those who don’t know, the gaming device will have support for various cloud gaming services like the Xbox Cloud Gaming and NVIDIA GeForce NOW for easy access to AAA titles.

Other details remain unknown. Logitech will launch its gaming handheld later this year but there’s no word on an exact launch date as of now. Since rumors and leaks have started trickling out, we can expect some official details to arrive soon and we will be sure to keep you updated.

Until then, do share your thoughts on the Logitech G Gaming Handheld’s leaked design in the comments below.