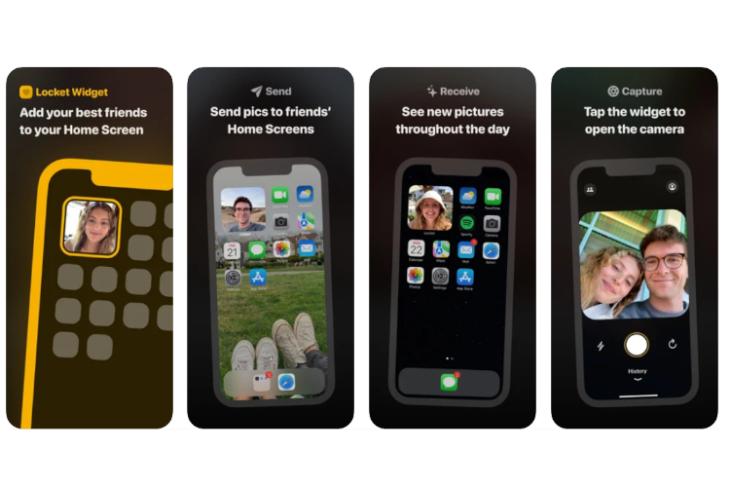 Just when you thought there is no more room for innovation in the social media space, a new app called Locket is making waves on the internet. The app utilizes iPhone widgets and puts your friends’ pictures right on your iPhone home screen. As of writing this article, the app has topped the charts and is ranking at the first position for social networking apps.

The idea of the Locket app is fairly straightforward. Whenever a friend sends you an image, the image appears in the Locket widget you’ve added to your iPhone’s home screen. All you have to do is tap the widget and capture a picture to send a reply.

The locket app is only for close friends. To preserve this essence, the app lets you add just up to 5 friends. According to the app’s description, it will also showcase a history of the pictures you have sent your friends. You can access the historical view of sent images in the app.

Developer Matt Moss is the creator of the Locket app. Much like the Wordle game that went viral, it looks like the Locket app was also designed with the creator’s partner in mind. “I built it as a present for my girlfriend for her birthday last summer. The process of getting a little photo from her on my homescreen…seemed really appealing. Just a nice way to stay in touch,” Moss told TechCrunch.

Locket is currently available as an iOS-only app. An Android version is slated to arrive sometime in the distant future. So, if you have an iPhone and want to try it out, you can download the app from App Store using the link given below.