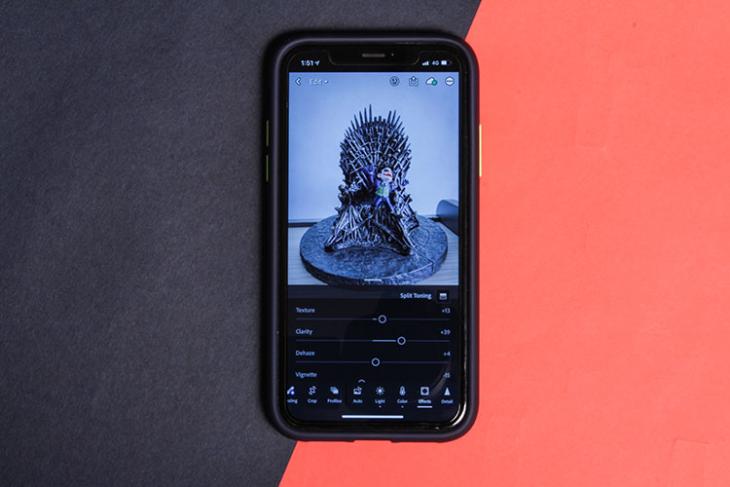 If you edit a lot of photos on your iPhone or iPad, chances are you’re using Adobe Lightroom to do so. It’s a really powerful app, and if you have a paid subscription for it, it’s even more powerful and syncs your photos to the Adobe cloud as well. However, a new Lightroom update for iOS and iPadOS reportedly deleted photos and presets from users’ iPhones and iPads for absolutely no reason at all.

What’s worse, is that Adobe has said that the photos and presets aren’t recoverable. So, if you’re one of the people who lost their edits and presets you love using, there’s basically nothing Adobe can do to help.

Adobe’s statement reads “We are aware that some customers who updated to Lightroom 5.4.0 on iPhone and iPad may be missing photos and presets that were not synced to the Lightroom cloud. A new version of Lightroom mobile (5.4.1) for iOS and iPadOS has now been released that prevents this issue from affecting additional customers. Installing version 5.4.1 will not restore missing photos or presets for customers affected by the problem introduced in 5.4.0. We know that some customers have photos and presets that are not recoverable. We sincerely apologize to any customers who have been affected by this issue.”

Fortunately, Lightroom on my iPhone still has all my edited photos even though I haven’t synced them to Adobe’s cloud. Hopefully that’s the case for you as well. If it isn’t, some users have reported that restoring your iPhone or iPad backup will restore the photo library and presets as well, so you can try doing that. Adobe has already released an update the fixes the issue, so you can safely restore your devices and update Lightroom before opening it in order to get your photos back.