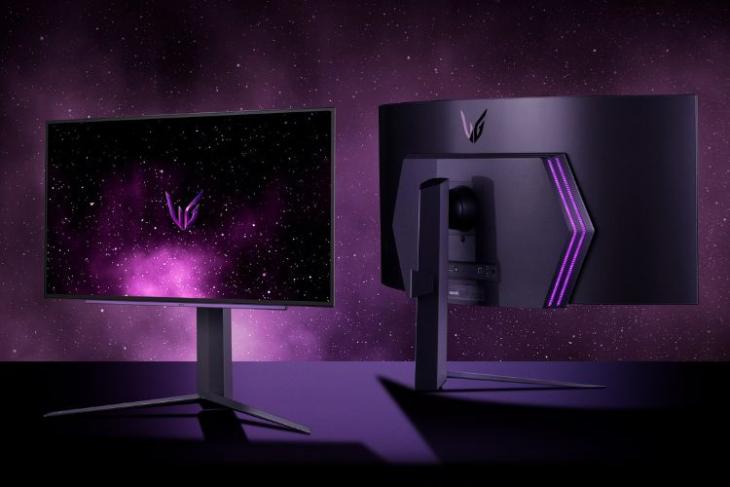 LG, ahead of CES 2023, has introduced two new UltraGear OLED gaming monitors. There are the 27-inch model and the 45-inch variant, both coming with a 240Hz OLED display, which is the world’s first. Check out more details below.

The monitor also comes with an adjustable stand, which can pivot (by up to 90 degrees), tilt, and swivel too. As for the connectivity options, there’s support for 2 HDMI 2.1 ports, DisplayPort, a USB 3.0 port (1 upstream and 2 downstream), and a 4-pole headphone jack with DTS Headphone:X. The 45-inch LG monitor also gets a remote controller. It is also the CES 2023 Innovation Award honoree.

It also has the same set of connectivity options and support for a remote controller. The 27-inch monitor is also shipped with an adjustable stand but it doesn’t pivot.

Both the LG UltraGear OLED 45-inch and 27-inch gaming monitors will be available for display at CES 2023 from January 5 to January 8. They are now up for pre-booking in the US and are expected to reach North America and Asia in January, Europe in February, and the Middle East and Latin America later.