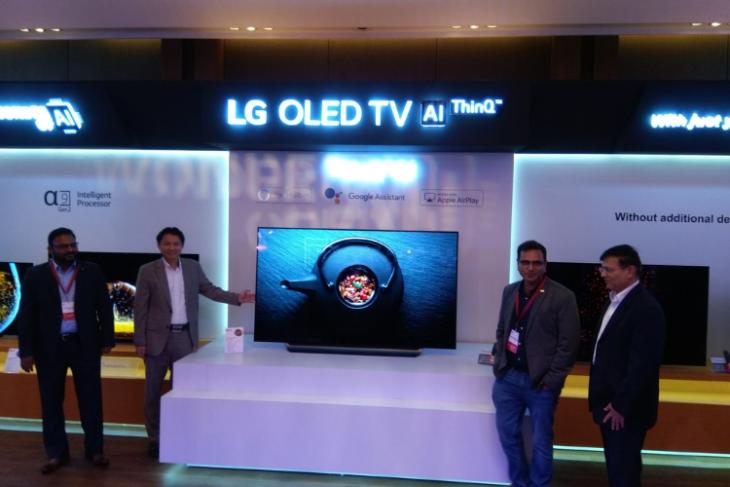 LG is expanding its television portfolio in India with the launch of its new AI (artificial intelligence) backed ThinQ lineup, including a variety of Smart, LED, UHD, NanoCell, and OLED AI ThinQ models. The company had earlier added Google Assistant support to its smart TVs and is now introducing Amazon Alexa and Apple AirPlay 2 capabilities into the mix.

First showcased at CES 2019 earlier this year, LG OLED TVs come with both Alexa and Google Assistant baked into them, with the company’s own ThinQ AI on top to further enhance the voice recognition experience. It allows the users to access Alexa Routines using their remote control, giving you the power to control your smart gizmos and get answers to common questions.

While OLED TVs have been around for quite some time now, LG is now looking to offer higher-quality crisp results with more vivid color reproduction with its new Nanocell TV range. I mean, there’s a lot of ‘Nano’ available in this TV range including features such as Nano Color with Full Array Dimming, Nano Accuracy, and Nano Bezel. The slimmer bezels and wider color gamut are aimed at providing an even immersive experience.

The official press release further reveals that all newly launched OLED and some select NanoCell TVs will support AirPlay 2 and Apple HomeKit. If you’re not aware, AirPlay 2 is going to allow users to stream content on LG TVs directly from their Apple devices while HomeKit will give you the ability to control smart devices using Siri.

Additionally, some models Dolby Atmos for an immersive sound experience, while all of them support HDR and use the Alpha 9 Gen 2 processor to provide AI picture, AI sound, and AI brightness features. They come with built-in OTT apps, including Amazon Prime Video, Netflix, Hotstar, YouTube, Eros Now, Zee5, and more.