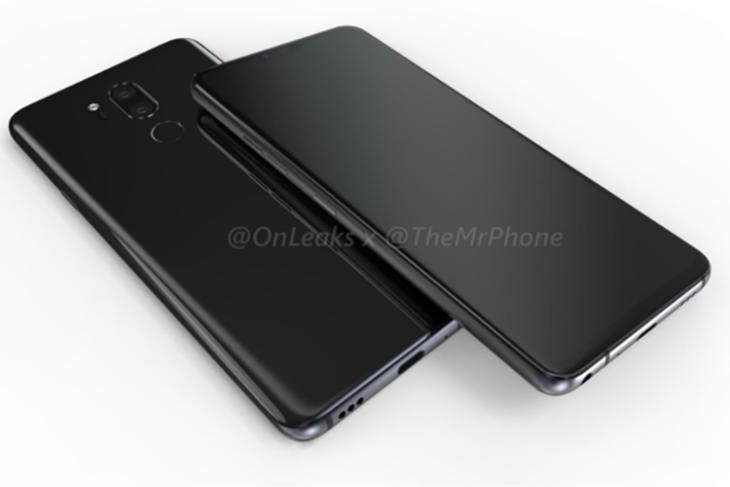 Earlier this month, leaks regarding the upcoming LG G7 revealed that the company had decided to distance itself from the dreaded ‘notch’ trend that has consumed a vast majority of Android manufacturers of late. Reports revealed that LG’s mobile chief, Jo Seong-jin, had ordered a complete redesign of the smartphone even though it had reached near completion. However, according to a recent report from Android Police, the Korean manufacturer might have given in to the trend and the LG G7 might feature a notch after all.

The report cites leaked CAD renders of the device released by OnLeaks in collaboration with Mr. Phone. The detailed CAD renders confirm that the LG G7 will feature a near bezel-less display with an unsavory notch which will house the front camera, earpiece, and sensors. The renders also reveal that the LG G7 will retain the headphone jack, unlike most modern flagships. The device will feature a USB-C port on the bottom for charging and a single speaker grill on the right.

The curved glass back of the device houses a vertically-oriented dual camera setup along with a fingerprint sensor placed bang in the center below the camera. The back also houses a flash and what looks like a laser auto-focus sensor. The top side of the device is likely to feature the SIM card tray along with a secondary noise cancellation microphone. The LG G7 is expected to arrive sometime in June this year and rumors suggest that it’ll feature top-of-the-line specs, including a Snapdragon 845 SoC, 4/6GB RAM, a 6-inch OLED panel, and dual 16MP camera sensors.

LG G7 May Have Variants With LCD and OLED Displays