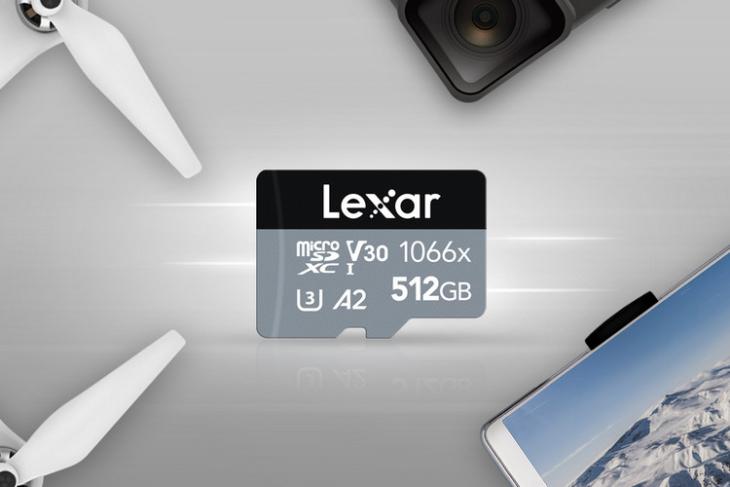 Known for its digital media products, including CompactFlash cards, USB flash drives and SSDs, Lexar has announced its Professional 1066x microSDHC/ microSDXC Silver Series Cards for action cameras, drones and Android smartphones. Rated U3 (UHS Speed Class 3), V30 (Video Speed Class 30) and A2 (Application Performance Class 2) for high-performance, the Class 10 cards come with read speeds of up to 160 MB/s and write speeds of up to 120 MB/s.

Announcing the launch, Joel Boquiren, General Manager of Lexar said: “As action cameras, drones and smartphones become more essential for content creators, it’s our goal at Lexar to continue creating solutions that customers demand in order to create high-quality images and stunning 4K video. And with high-capacity options up to 512 GB, users can rest assure they will have sufficient space to capture what they love most”.

Even as more and more flagship Android smartphones are doing away with microSD slots, demand for such cards are soaring because of vloggers, YouTubers and other social media inflluencers who are uploading millions of hours of high-definition content online. That being the case, the latest cards from Lexar, as well as the recently released PRO Plus and EVO Plus cards from Samsung, are likely to be in demand from users around the world. You can learn more about the 1066x Silver Series cards on the official Lexar product page.