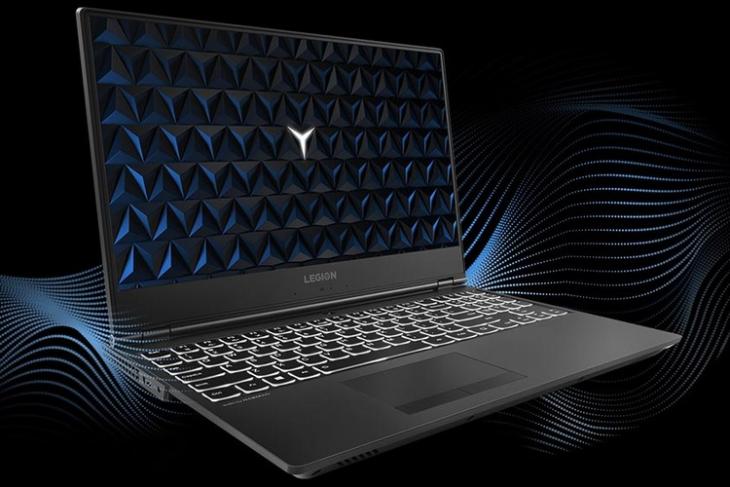 Legion has today launched the Legion Y530 and the Legion Y730 gaming laptops in India, both of which feature a sleek design and come equipped with the latest 8th Gen Intel processors. Unveiled at E3 back in June, both the laptops come with a remastered dual-chamber cooling system to give a performance boost.

To begin with, the new ‘Raven Black’ Legion Y530 comes with a textured back with a Legion logo etched along one of the edges, while the Legion Y730 features an anodized aluminum ‘Iron Gray’ top cover. Most of the ports, save one USB type-A on either side, are located at the back of the laptop for easier cable management.

The Legion Y530 comes equipped with a 15-inch Full HD IPS panel with thin bezels. Under the hood, the device can be configured with up to an 8th Gen Intel Core i7 processor, coupled with up to 32GB of DDR4 RAM, while the storage can be maxed up to 512GB of SSD paired with up to 2TB of Intel Optane memory.

In the graphics department, one can choose between the NVIDIA GeForce GTX 1050, GTX 1050 Ti and the GTX 1060. The Legion Y530 starts at Rs. 85,799 and is already up for grabs from Lenovo’s official website, and will soon be available from Lenovo’s exclusive retail stores, Croma, Reliance Digital, and Ezone outlets across the country.

The Legion Y730 comes in 15-inch and 17-inch variants, both of which have an FHD resolution and are available in two different configurations, one with a 60Hz panel and the other with a 144Hz panel. The Y730 features extremely thin bezels, which is why the webcam is placed at the bottom of the screen. The Y730 is equipped with CORSAIR’s RGB-backlit keyboard along with six custom programmable macro keys.

The Legion Y730 is powered by up to an 8th Gen Intel Core i7 processor, coupled with up to 32GB of DDR4 RAM and an NVIDIA GeForce GTX 1050 Ti graphics card. In the storage department, one can configure the device with up to 512GB of SSD paired with up to 2TB of Intel Optane memory. The Legion Y730 starts at Rs. 96,025 and will soon be available from Lenovo’s official website and retail partners.