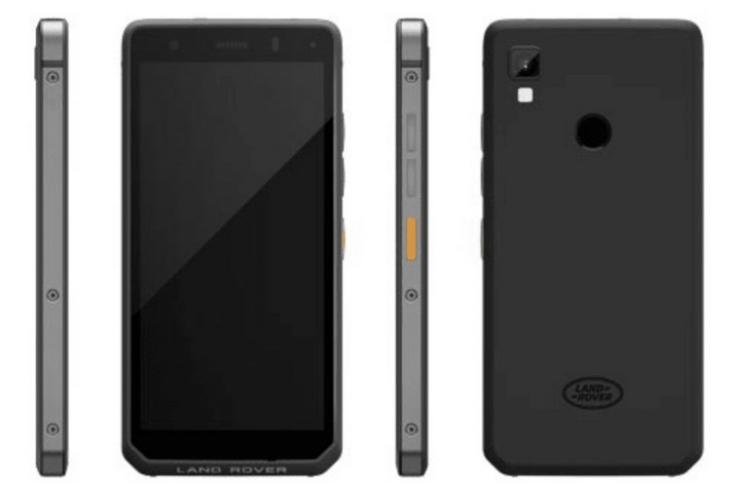 Although we all know that Land Rover is a company that manufactures rugged cars and spacious SUVs. Recently, we saw the company team up with Cambridge University to develop a “no-touch” interactive system for cars. However, did you know that two years back, the car-manufacturers released the “toughest” phone on the planet? It was the Land Rover Explore. Now, the company unveiled an upgraded version of the device.

The Land Rover Explore R is an updated iteration of the company’s previous smartphone, which is similar to Samsung’s Galaxy S20 Tactical Edition. However, as updated as it may be, by the looks of it, the smartphone looks like an outdated one with those huge black bezels and an iPhone 4-like design.

According to the company’s Director of Branded Goods and Licensing, Jon Sinclair, the new smartphone will somewhat resemble the company’s rugged and tough SUV, the Defender. Sinclair even says that the Explore R perfectly reflects [the] new Land Rover Defender.”.

The Explore R – Tougher Than the Toughest?

The company is promoting the smartphone as a “tough” phone rather than a smartphone with flagship specs. As a result, spec-wise, the smartphone comes with a mere 4GB RAM, a 64GB ROM, a Mediatek Helio P35 MT 6765 chipset, a single 12MP Sony camera sensor at the back, and a 7-inch display panel.

As you can see, the specs of the smartphone do not even come close to the specs of any budget smartphone in the market. However, design-wise, it seems like the most durable smartphone, on paper, that comes with an IP68 certification which enables it to withstand dust and water.

According to the company, the Explore R has been tested to last up to 35 minutes underwater. It also prevents sand or dust to enter into the device and can survive drops from 1.8m onto the steel. And for that 7-inch display, the car-makers used the recently launched Gorilla Glass 6.

As per the reports, the smartphone will come at a price close to a whopping $537 (~Rs 39307), which is much closer to the recently released OnePlus Nord. However, if you are someone who lives life by the edge for adventures and thrills, then this smartphone-cum-tool is a must-have for you.