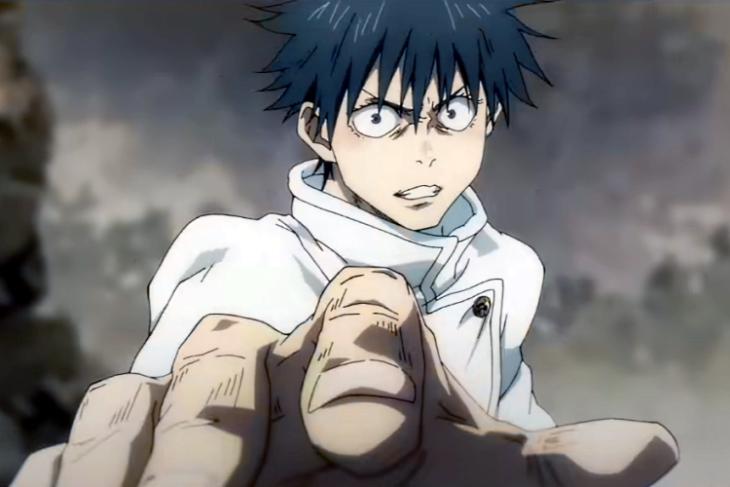 Yuta Okkotsu is a name that has been teased in the Jujutsu Kaisen anime series for a long time. But well, he finally made his appearance in the Jujutsu Kaisen 0 movie and undoubtedly managed to captivate our attention. Despite having zero screen time in the anime, he quickly became a fan favorite with his standalone movie. Yuta’s unbelievable growth in power and skills in the movie has made JJK fans ardently await his return in Season 2 of the anime. However, in the meantime, if you want detailed information about Yuta’s powers and abilities in Jujutsu Kaisen, we have you covered. We have summarized all the major information we know about our beloved Okkotsu so far. So, read on to find facts about Yuta you might have missed while watching the Jujutsu Kaisen 0 movie.

Warning: This article contains spoilers from the Jujutsu Kaisen 0 movie (and manga Volume 0). So make sure to watch the movie first to avoid ruining your experience.

Who is Yuta Okkotsu in Jujutsu Kaisen?

Yuta Okkotsu (JJK 0’s protagonist and major supporting actor in Jujutsu Kaisen anime) is a special-grade sorcerer who was cursed by his late childhood friend, Rika Orimoto. When Gojo Satoru learns of the tragedy, he takes Okkotsu under his wing and recruits him as a first-year student at Tokyo Jujutsu High. He trains Okkotsu there along with Toge Inumaki, Maki Zenin, and Panda.

However, the first time Yuta was mentioned in the JJK universe was not in the movie. He was first name-dropped in the first season of the anime. We saw Panda mention that Inumaki is a little softer when Yuta is around in Episode 5 of season 1. This was due to Mappa Studios adapting creator Gege Akutami’s later chapters, which focused on Itadori Yuji. But the initial chapters of the JJK manga series, which were released earlier, were entirely focused on Yuta Okkotsu (later adapted as a prequel movie). Further, in Episode 6 of season 1, Gojo asserted that Yuta and a third-year student named Hakiri had the potential to become special-grade sorcerers on par with him.

Yuta made his official debut in the jujutsu-verse in a standalone movie. Thereby, cementing his place as one of the show’s most important characters. Currently, Yuta Okkotsu is a second-year student and a special-grade jujutsu sorcerer. But he’s not in Tokyo at present. He has been training with Miguel (who Gojo fights against in JJK 0) in Africa. That was one of the main reasons why fans couldn’t see him during the events that spiraled in Jujutsu Kaisen season 1.

Yuta Okkotsu gained his power and abilities following the death of his childhood friend Rika Orimoto. It was shown that he was cursed by her because she had a great love for him and never wanted to leave his side. Rika Orimoto (The Queen of Curses) eventually becomes the source of Yuta’s overwhelming power.

Initially, Yuta struggled to control Rika’s power and isolated himself from everyone else. And that’s because he didn’t want to hurt anyone (and even tried to end his own life, said the manga). After Gojo took him under his wing, Yuta was able to master cursed energy with the help of his friends, especially Maki Zenin, who taught him close-quarters combat. Then, Yuta imbued his cursed energy into that sword (by using the ring that Rika gave him) to make it a powerful weapon. Yuta’s confidence grew as he made new friends, socialized with others, and became the best version of himself.

It was revealed later in the story that Rika did not curse Yuta at all. In fact, it was the other way around. Yuta cursed Rika inadvertently because he couldn’t accept the death of his beloved friend. Gojo then also revealed that Yuta is a member of a well-known Jujutsu clan and is related to “Michizane Sugawara,” regarded as one of the greatest jujutsu sorcerers of all time.

Furthermore, Gojo Satoru himself is a descendant of the Michizane clan, making Yuta his distant relative. So, everybody can now see how Gojo’s clan is the absolute best at the jujutsu business and how their prodigies continue to emerge with enormous potential.

Yuta Okkotsu possesses a plethora of cursed energy techniques as well as numerous ultimate powers in Jujutsu Kaisen. However, we will only highlight the major powers and qualities that he possesses as of now in the anime. The list of powers and abilities is as follows:

Yuta Okkotsu possesses a vast amount of cursed energy, and we can assume he would never run out of cursed energy during a fight. This is because he comes from a powerful clan, and naturally, he possesses massive amounts of energy. But you should remember that he has the ultimate powers he obtained from Rika. The combination of both incredible powers caused him to construct a tank within himself, which is filled with an endless amount of cursed energy. So when it comes to cursed energy, no one in the jujutsu world can compete with him, not even his master Gojo Satoru (one with the blindfold).

You have already seen Naruto’s Kakashi Hatake, The Copy Ninja, and admired his Jutsu copying techniques using the Sharingan. Well, we have Yuta Okkotsu in the Jujutsu Kaisen world to give Kakashi some competition. Yuta can copy cursed techniques flawlessly without using any additional tools or powers. His ability to copy techniques from other jujutsu sorcerers has to be one of his most important and powerful traits.

Okkotsu can copy (learn) any cursed technique he sees and can repeat it effortlessly, even if that technique is exclusive to a specific person or clan member.

This was first seen in the Jujutsu Kaisen: 0 movie during the fight between Yuta and Geto Suguru. Yuta was able to successfully employ Inumaki’s cursed speech, despite the fact that the technique had only been passed down within the Inumaki clan. As a result, Yuta possesses one of the most impressive abilities that no other sorcerer can match for the time being.

It is a unique technique that allows jujutsu sorcerers to transform negative energy into positive energy. It is mentioned that reverse cursed techniques can be used for a variety of purposes such as healing, disintegrating cursed spirits, and so on. However, it’s generally used for healing. Although it appears to be a simple technique, it is one of the trickiest techniques to master (even Gojo struggled with it at first) and only a few jujutsu sorcerers can use it effectively.

In JJK 0: The movie, Geto severely injures Yuta’s friends. Okkotsu rescues them with the help of Rika and starts healing them using the reverse cursed technique.

Another surprising power we see from Yuta Okkotsu is the ability to create anything he desires. He can summon weapons and objects with Rika’s help. It was shown in the movie only once when he summoned a megaphone with the “Snake and Fangs” symbol of the Inumaki clan. He asked Rika for the same and used it to maximize the power of the cursed speech against cursed spirits. We expect to see the full extent of this cool ability in the manga, including the ability to create weapons, and hopefully in the anime as well.

When will Yuta meet Itadori?

Yuta will most likely meet Itadori after the Shibuya arc of the manga is complete, so it should happen at the end of season 2 or the start of season 3.

Can reverse cursed techniques be used against cursed spirits?

Apart from healing, the reversed curse techniques can be used to completely disintegrate the cursed spirits.

Is Yuta related to Gojo Satoru?

Yuta is revealed to be related to a supreme sorcerer from Gojo’s clan named Michizane Sugawara, making Yuta a distant relative to Gojo.

Where is JJK Yuta now?

Yuta is currently training with another sorcerer named Miguel in Africa, and he is expected to return after the manga’s Shibuya arc.

Who is stronger Gojo or Yuta?

According to Gojo, Yuta has the potential to become a legendary sorcerer on par with him. So, for the time being, Gojo has the upper hand, but we will see how things play out in the later chapters of the manga.

So that’s all you need to know about the power and abilities of the special grade sorcerer Yuta Okkotsu in Jujutsu Kaisen. We hope we were able to give you a clear explanation for the powers and abilities he possesses. Yuta is shaping up to be one of the strongest characters in the anime, and we can’t wait to see what else he has in store for us. We are looking forward to the second season as much as any other JJK fan. In the meantime, tell us your favorite Yuta moment from the Jujutsu Kaisen 0 movie in the comments below.

Why Does Gojo Satoru Wear a Blindfold in Jujutsu Kaisen?

What Did Gojo Say to Geto in Jujutsu Kaisen 0 Movie Ending? Explained!