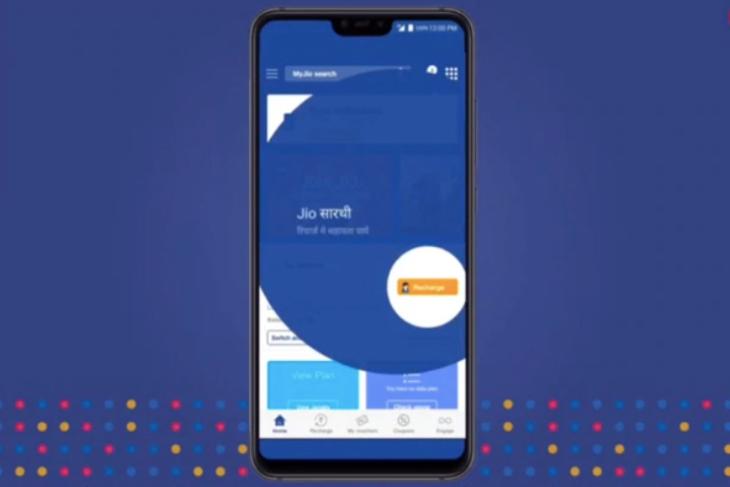 Reliance Jio has launched a new interactive voice-based digital assistant called ‘Jio Saarthi’. In a press release over the weekend, the company said that the new software is integrated within the MyJio app and, has been designed to make the recharge process more seamless for users. Jio Saarthi started rolling out to MyJio on both Android and iOS starting July 27.

According to Reliance Jio, the feature will be available only in Hindi and English to start off with, before rolling out in 12 Indian languages. The company says it hopes the software will encourage digital recharges among users who have thus far refrained from the process because of its apparent complexity. Jio Saarthi will verbally guide users through the recharge process, helping them locate payments details, finding their card number and more, said the company.

To access Jio Saarthi, users will have to open the MyJio app and tap on the ‘Recharge’ option. Users will then need to tap on the Jio Saarthi button for the voice-based assistant to take them through the recharge process one step at a time, right from choosing the best recharge pack for their needs to filling in their payment details.

Launched just three years ago to much fanfare, Reliance Jio has now leapfrogged Airtel and Vodafone Idea to become the largest telecom operator in India. According to PTI, data released by Reliance Industries last week shows Jio ended June with an user base of 331.3 million, which is said to be higher than both its closest competitors, Bharti Airtel and Vodafone Idea. The company is also planning to launch its GigiFiber broadband service next month, possibly upending the status quo in the fixed-line broadband sector, just as it has done in the mobile telephony industry.