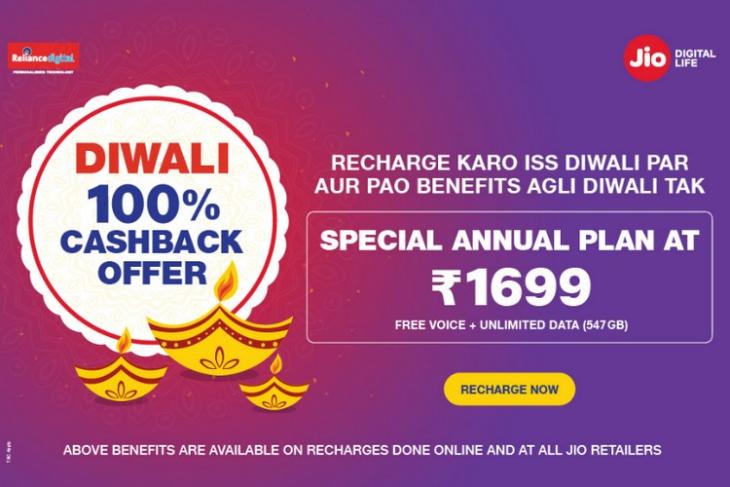 Jio is celebrating the ongoing Durga Puja and Dussehra festivities by launching a new recharge plan which comes with a 100% cashback offer, alongside the Digital Durga Utsav on the MyJio app.

The new Rs. 1,699 plan comes with a validity of 365 days and offers benefits such as unlimited voice calls, 100 SMS per day and 1.5GB of 4G data per day. Once the 1.5GB limit expires, the data speed will drop to 64Kbps without any cap on usage. 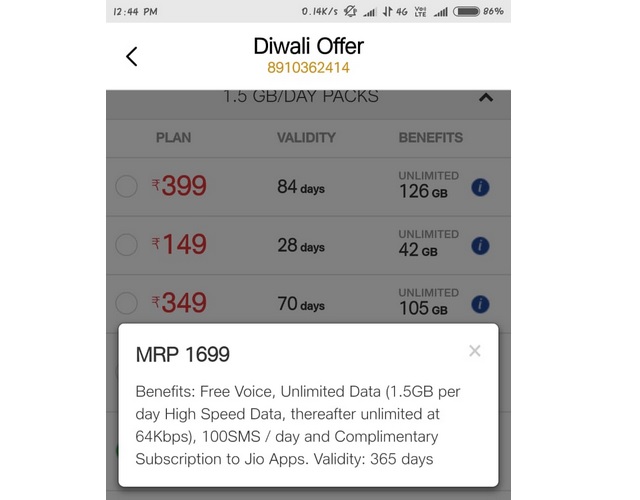 The new Rs. 1,699 plan also offers a complimentary subscription to Jio’s suite of apps. As for the 100% cashback benefit, one can only avail it if the recharge is done between October 18 and November 30. The cashback will be awarded in the form of three coupons worth Rs. 500 each and one Rs. 200 coupon, which can be redeemed at Reliance Digital or Reliance Digital Xpress Mini stores after making a minimum transaction of Rs. 5,000. 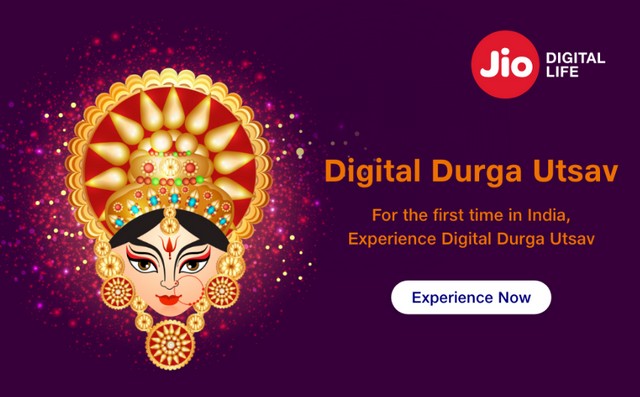 You can gaze at pictures depicting the decorations from different Durga Pooja pandals and also watch a short video of the same, just in case you couldn’t get the opportunity to be there. We checked the MyJio app and saw a rich catalog of pictures and videos from Durga Pooja pandals set up in Odisha and Kolkata.