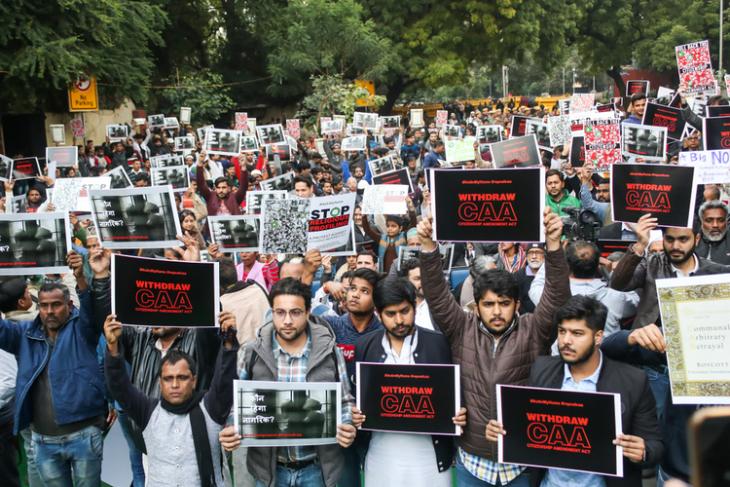 As anti-CAA protests gained momentum on Thursday, the Delhi Police wrote to all major mobile carries in the country, including Airtel, Jio, MTNL, BSNL and Vodafone Idea, to stop all communication services in many parts of the national capital. The letter written by the Delhi Police to the operators said: “In view of the prevailing law and order situation, it is hereby directed that communication of all types, i.e. voice, sms and Internet be halted”.

The areas where the cellular services have been suspended include north and central Delhi. Mandi House, Jamia Nagar, Shaheen bagh, Seelampur, Jafrabad and Bawana are among the areas where mobile services have been disconnected by the operators. According to the police, these areas are the specific zones from where the crowd can swell and reach the epicentre of the protest.

The police has further imposed Section 144 in the central Delhi area and as a precautionary measure, entry and exit gates of at least 17 Delhi Metro stations have also been closed. Many opposition leaders taking part in the protest, including Sitaram Yechury and Yogendra Yadav, have been detained by the police till now as part of a country-wide clampdown that many activists are describing as undemocratic and high-handed. The Indian National Congress has also slammed the move, saying that people are being denied their democratic right to protest.

The NRC (National Register of Citizens) and the CAA (Citizenship Amendment Act) have, as expected, proven to be extremely divisive, resulting in mass protests from college-goers, law-students and human rights activists from around the country. With passions flaring on both sides, some of the protests have turned violent over the past week, resulting in the death of at least 5 protestors in police firing.