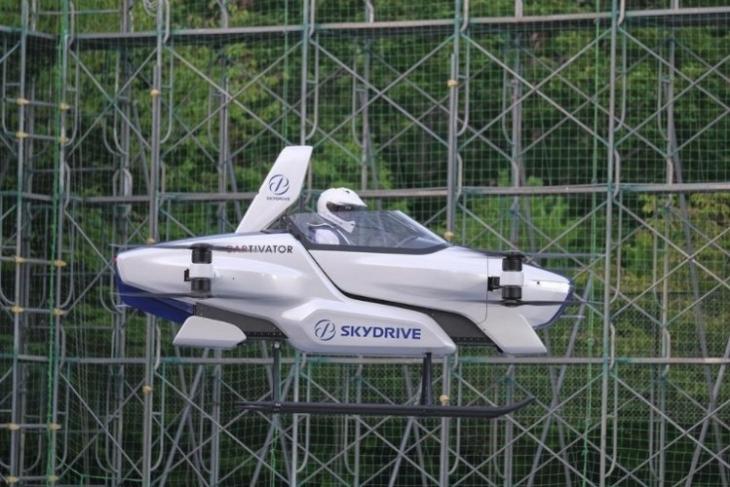 With an aim to make vehicles fly up in the air and deliver passengers and goods, many major companies like Rolls Royce and Uber are working on flying cars. Now, amongst the numerous projects on flying vehicles, there are only a few of these that have successfully flown up in the air. However, recently, a Japan-based company’s flying car took off and hovered around with a person on-board.

Developed by Japan’s Skydrive Inc., the eVTOL (Vertical Take-Off and Landing) vehicle looks more like a bike than a car. It has space for one person who controls it and this flying bike successfully took off from the ground and flew in the air for some time.

“Of the world’s more than 100 flying car projects, only a handful has succeeded with a person on board”, said Tomohiro Fukuzawa, the head of the “flying car” project of Skydrive Inc.

The company recently showed a video of the test flight to reporters which showed the vehicle in action. However, as this was only an initial test, it was performed in a confined area with nets and the vehicle flew for only four minutes. Nonetheless, the view of a person riding a vehicle up in the air is surely a glimpse of the future.

Apart from making the vehicles fly, the company also ensures that it will be a safe ride for people if they wish to ride one in the future.

“I hope many people will want to ride it and feel safe.”, added Fukuzawa.

Also, according to Fukuzawa, the rate at which the company is making progress on the “flying car” project might turn its eVTOL vehicle a reality by 2023.