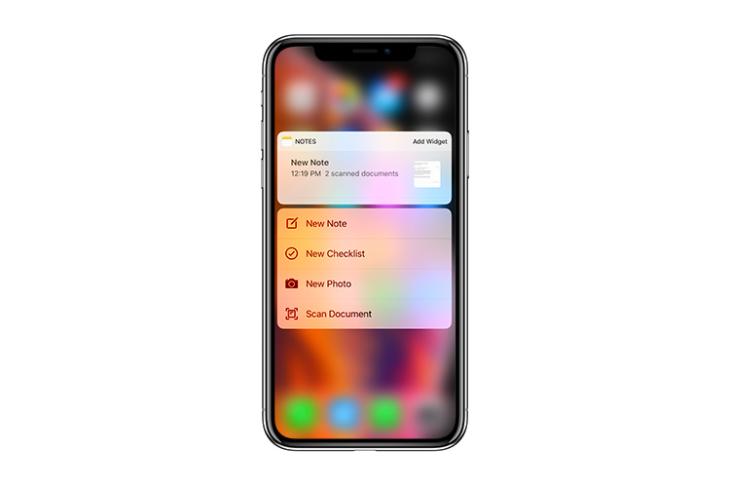 iOS 12 brings a host of new features to the table, especially considering the fact that Apple was mostly focused on performance upgrades and improvements after iOS 11 turned out to be a giant steaming mess of bugs.

There are a bunch of new features scattered around in iOS 12, and one of these will prove especially useful to anyone who likes to keep scanned copies of their receipts and documents on their iPhone.

The Notes app in iOS 12 now has an additional option inside the 3D Touch menu called “Scan Document.” If the name wasn’t enough of a giveaway, this option lets you quickly scan a document and create a note from it.

While this is definitely a pretty useful feature, there’s a slight drawback here. The documents you scan with this feature automatically get added to a new note. This might sound fine, but this can become annoying if you want to scan multiple documents to one note, or add them to an existing note.

That said, you can always cut the scanned documents from one note and paste them into another, so this is only a minor inconvenience. Anyway, the feature is probably meant for people looking to quickly scan a document, in which case it’s perfectly okay to have it go into a new note.