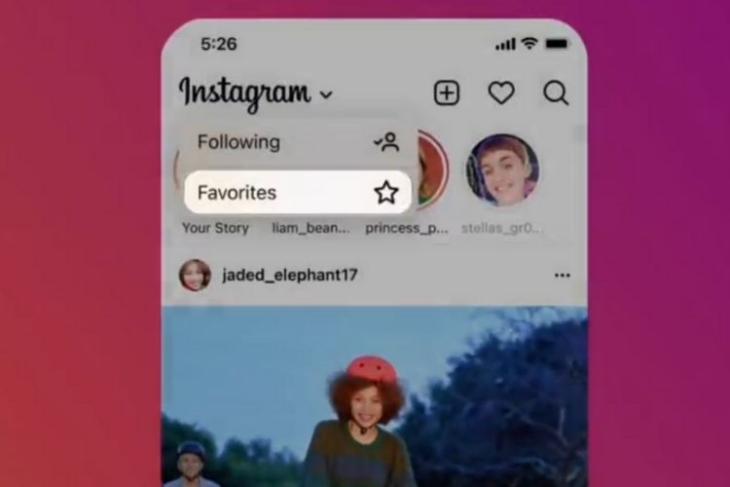 In December last year, Instagram confirmed that it is bringing back the chronological feed in 2022, it dumped almost six years ago. It’s 2022, and it’s also time for us to start using the Instagram feed in chronological order. And if you like the algorithm-based feed, it will be there too. Here are the details you should know.

Instagram’s Chronological Feed Is Back!

Instagram’s Adam Mosseri took to Twitter to announce the “Chrono update.” It is revealed that there will now be two more feed options: Favorites and Following in addition to the algorithmic Home feed.

Mosseri explains that the “Following” section will be a “deterministic feed,” which will show posts from the accounts you follow in a chronological way. These posts will show up directly on the main page of the Instagram app.

As for the “Favorites” feed, it will show photos and videos from the Instagram accounts that matter to you. It is said that you will be able to add up to 50 accounts to view as favorites.

These two new options will work side-by-side with the Home feed, which will be a default. And this is where the problem arises. Whatever feed option you choose, you will have to switch over to it up each time you open the Instagram app. The app will be set back to the personalized feed option (with recommendations too) whenever you get out of it.

Nonetheless, it still will allow you to view your Instagram feed the way you want instead of getting forced into following a set feed pattern. For the uninitiated, the Meta-owned social media app adopted the algorithmic feed in 2016 but it ended up getting disliked because there wasn’t any timeliness and only relied on people’s choices and usage patterns.

Instagram’s chronological feed is rolling out to iOS and Android users. I, however, wasn’t able to see it at the time of writing. Hence, we can expect it to arrive for all iOS users soon. There’s no word on its availability on Android but that should happen soon too. So, stay tuned for further updates and tell if you are happy with the return of the chronological in the comments below.