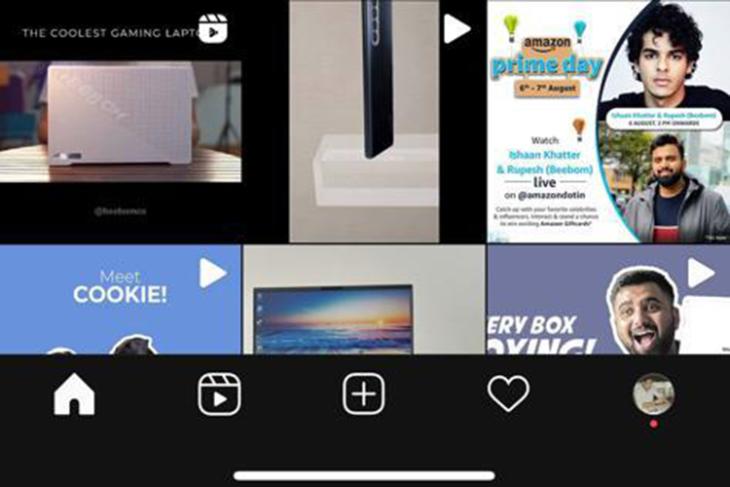 Instagram has been testing Reels for quite some time. The company first launched the new service in India just a few days after the Indian government banned TikTok along with 58 other Chinese apps.

Reels was originally integrated within the Story interface for Instagram, and today it seems the company is testing out a new way to allow users to access Reels from within the app. The new button for accessing Reels is available in the lower navigation bar of the app.

Clearly, Instagram is hoping to get more people into using Reels as an alternative for TikTok. In fact, if you tap on this button, you will be shown a random Reels clip that starts autoplaying in the app. You can then swipe up or down to move to a different video, among other things. Basically, the interface here is a clone of the TikTok app.

It’s unclear whether this new dedicated Instagram Reels tab will help the app play a bigger role in filling the TikTok-sized hole in the country. However, it is definitely giving Reels a bigger role to play within the app.

So far, it doesn’t seem the feature is available for everyone. On the latest version of the Instagram app, I don’t have the new Reels tab. However, it is showing up for a couple of our team members. If you’re seeing this new update, let us know what you think about it in the comments down below.