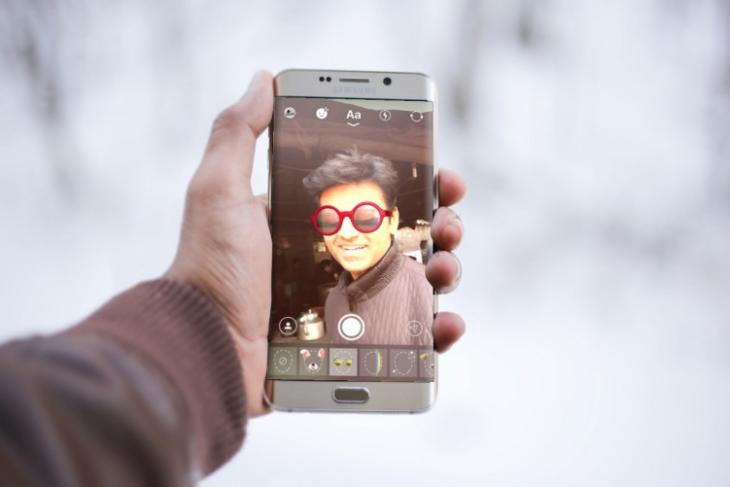 Under Facebook’s reign, uber-popular photo sharing app Instagram is now also adopting a model similar to its parent. I hope y’all remember how the social media giant removed the Messenger functionality from its core mobile app to launch it as just a standalone platform for the users. Well, Instagram is doing the same with the debut of the ‘Direct’ standalone messaging app as well.

The Direct app is currently available in a few select locations but we were able to take the app for a spin. And damn, it is indeed reminiscent of Snapchat’s camera-focused UI (as seen below). Direct opens to the camera when powered up and enables you to capture a picture, video in normal and hands-free mode or Boomerangs to share with your friends. This is the very first screen of the app and packs most of the features you’ve already used on Instagram. You also get the ability to send text messages or jazz up your photos with a hoard of face masks.

The standalone app comprises a total of three sections, where on the right you get the message inbox to check out your every conversation and jump over to the core app with just a touch of a button at the top right.The left side is the profile screen that enables you to access settings, switch accounts and shortcuts to various features of Instagram. It integrates quite well with the core photo sharing app. 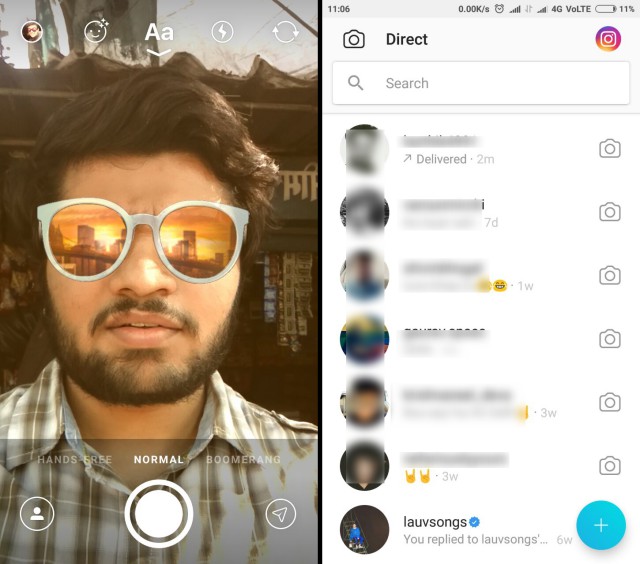 Much like Facebook and Messenger, the moment you install ‘Direct’ on your device the inbox button in the core Instagram app will now redirect you to the messaging app instead of showing your conversation right then and there. Instagram is making this move to see whether its private messenger can survive outside the core app and how do people interact with it.

Talking about the rationale behind this decision, Instagram product manager Hemal Shah said:

Direct has grown within Instagram over the past four years, but we can make it even better if it stands on its own. We can push the boundaries to create the fastest and most creative space for private sharing when Direct is a camera-first, standalone app.

Though Instagram states it is currently only testing the Direct messaging app, the primary reason for separating it from the core app is related to the growth of the feature. The company is taking a stance similar to Messenger, which split from Facebook a couple years ago to become a standalone platform that now boasts of over a billion active users. This shows that Instagram is aiming for such huge numbers, which could eventually spell an end for its arch-nemesis Snapchat.

Instagram has started its testing for the standalone Direct app with six countries, namely Chile, Israel, Italy, Portugal, Turkey, and Uruguay. If you’re a resident of these countries, you can install the app on your Android right away, else download the same from APKMirror to get a feel of what’s to come. Instagram will debut the app globally once the tests are successful. What is your opinion on the standalone Direct messaging app? Do let us know in the comments down below.