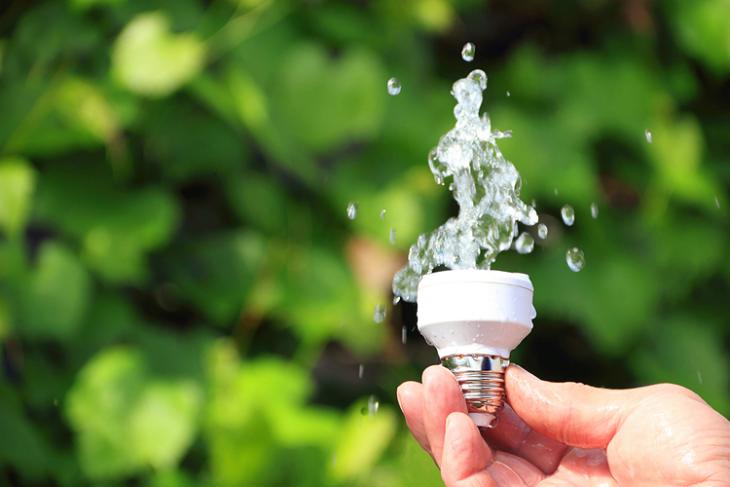 A team of researchers from the Indian Institute of Technology (IIT) Guwahati has come up with new materials capable of generating power from water – both in stagnant and flowing states. The researchers believe their technique could be implemented on a small scale in homes.

Unlike conventional methods, the team follows a decentralized approach for producing electricity. To achieve this, the researchers use a nanoscale phenomenon called “electrokinetic streaming potential” to harvest energy from flowing water. On the other hand, a process called “contrasting interfacial activities” is used to generate energy from stagnant water.

“What we have done is modified graphene in such a way that its electron density is manipulated; even stagnant water in contact with this form of graphene can produce energy,” said Raidongia.

In the research, the team doped graphene oxide with boron and nitrogen separately and loaded the two forms of graphene into filter papers thereby making them electrodes in an electrochemical cell.

The researchers say that dipping these two filter papers produced 570 millivolt and it was stable for 80 hours. “We improved the power generated by varying parameters like coating area, the extent of doping, annealing temperature, and ionic conductivity of the medium,” Raidongia added.

According to the researchers, there is room for improvement in the methodology. Currently, they’re working on optimizing the technique by finding a balance between high flow-rate and nanofluidic confinement.

So, what are your thoughts on this study? Tell us in the comments.