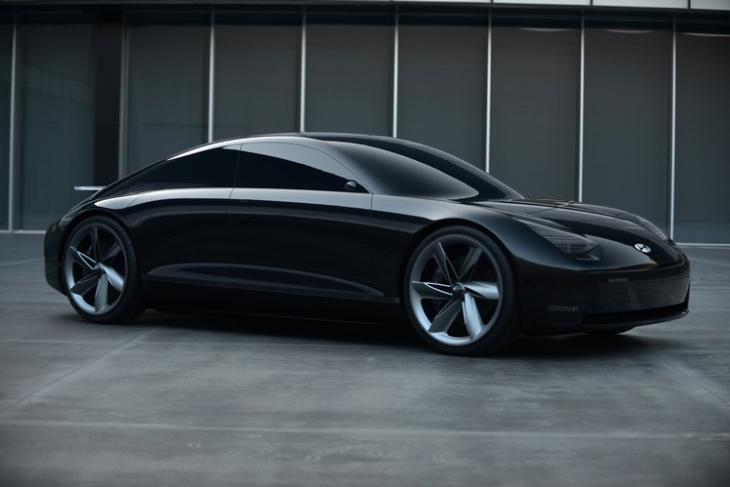 A lot of electric cars have been making their way to the market, but this new crazy concept EV from Hyundai is nothing like you have seen before. Hyundai’s new concept EV “Prophecy” comes with joysticks instead of a steering wheel. Yup, you read that right.

The Hyundai Prophecy brings a lot of cool tech but one of the most unique features of the Prophecy is in its interior. The car does not have a steering wheel! Instead, Hyundai is relying upon joysticks for navigation control. There are two of these joysticks – one in the centre and the other on the door trim beside the driver. These joysticks can pivot left and right and by controlling these, the driver can control the car. Hyundai claims that getting rid of the steering wheel gives more emphasis on autonomous driving and also creates more space inside the car. 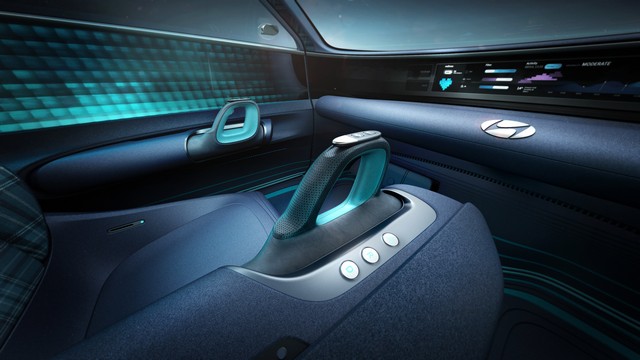 The interior also features an unusual wool-based felt carpet that is used to control the flow of clean air inside the car. Also, as it is a modern EV concept, the car features a lot of screens inside. There is a big screen on the dashboard that covers the whole of it. Now, this dashboard can also flip to reveal a smaller screen that is present on the other side. 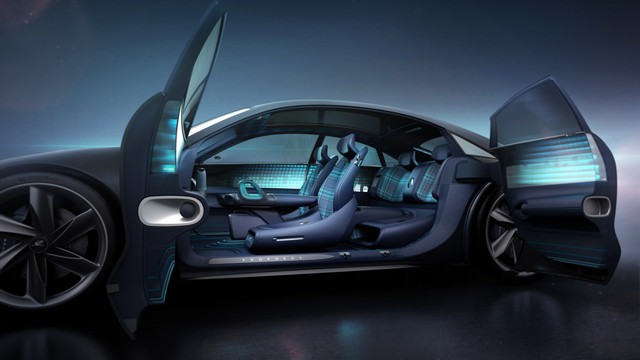 Built for the now-cancelled Geneva Motor Show 2020, the Prophecy is said to be Hyundai’s vision of future cars and their pride. The company claims that its designers have achieved the “Ultimate Automotive Form” by creating an architecture that is defined by “pure volume” and “pristine surfaces”.

The Head of Hyundai’s Global Design Center, SangYup Lee said, “We have brought to life yet another icon that establishes a new standard for the EV segment as well as pushing Hyundai’s design vision to even broader horizons,”

The automakers compare the exterior of the car with a “perfectly weathered stone” as the designers implemented, what they are calling “Sensuous Sportiness”. I think the exterior of the car looks quite good with the shiny black finish. However, it seems like Hyundai took some design cues from the Porsche 911 for its rear spoilers and the backlight design.

One of the key features of the car is the pixelated light design. These lights were present in their previous 45 EV Concept car which they revealed back in 2019. The company is also planning to implement these pixelated lights to its future cars. 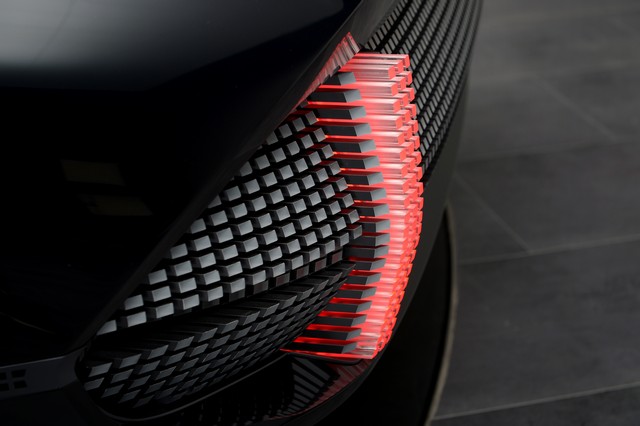 Well, it is quite safe to say that this car isn’t coming to the market anytime soon. However, it shows how Hyundai’s future cars can look like. According to Hyundai, the name, “Prophecy” signifies the company’s future of “innovative mobility” for EV customers around the world.