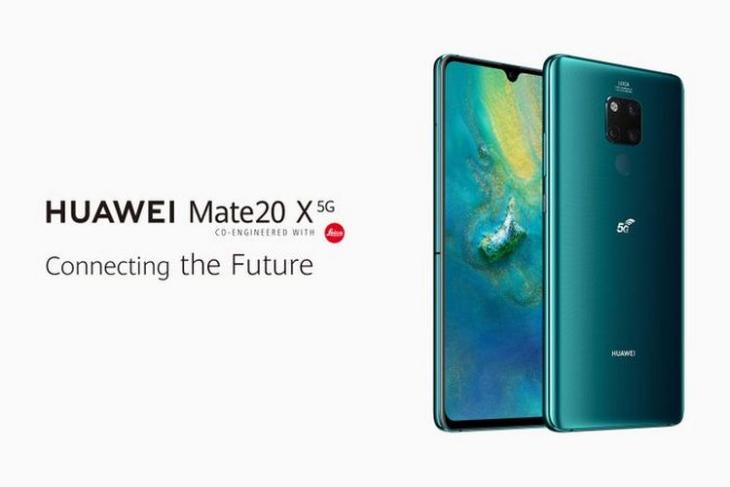 Huawei has officially unveiled its first-ever 5G smartphone, the Mate 20 X 5G, in partnership with telecom service provider, Etisalat, in the UAE. The device comes with the Balong 5000 5G modem, which the Chinese telecom giant says is the world’s first 7nm 5G multi-mode chipset, and will also support additional network protocols, including 4G, 3G and 2G. The device is also the first 5G smartphone to support both non-standalone (NSA) and Standalone (SA) 5G networks.

In terms of specs, the the device is fairly similar to the original Mate 20 X, including the 7.2-inch AMOLED screen, the triple rear-cameras (40MP wide-angle + 20MP ultra-wide-angle + 8MP telephoto) and the 24MP selfie camera. While it is also powered by the Kirin 980 SoC, it swaps out the stock Mate 20 X’s 4G modem with the Balong 5000 for 5G connectivity.

Other notable changes include up to 8GB of RAM and 256GB of storage instead of the regular Mate 20 X’s 6GB of RAM and 128GB of storage. Notably, though, the 5G model comes with a smaller, 4,200mAh battery instead of the 5,000mAh unit found on the 4G variant. It also comes with dual-SIM connectivity, but only one of the SIMs will support 5G networks, while the other one will be limited to 4G.

The Huawei Mate 20 X 5G is already available for purchase from Etisalat stores in the UAE for 3,523 Dirham (around $950, Rs. 65,000). In the coming days, it will also be released across a large number of European countries, including the UK, Italy, Switzerland and Monaco, before making its way to China on July 26.