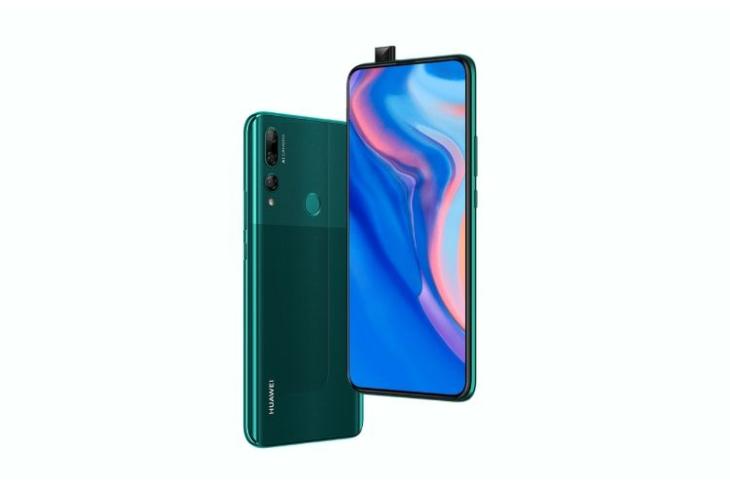 In line with our report from earlier this week, Huawei is certainly launching a new phone with a pop-up camera module in India sometime later this month to take on the likes of Realme X and Redmi K20 Pro. The Chinese giant is already teasing the new smartphone over on Amazon India.

A teaser for the Huawei Y9 Prime (2019) is currently live on Amazon India’s app and you might find it a little difficult to spot the same, but yeah, it puts an end to the mystery of which Huawei phone will launch in India – the P Smart Z or Y9 Prime (2019).

The teaser here is a static poster and doesn’t lead to a dedicated page just yet, but we could expect the same to go live really soon. While the teaser reads that the device is coming soon and doesn’t give us an exact launch date, rumors suggest that Y9 Prime (2019) will land in India before the end of this month itself. 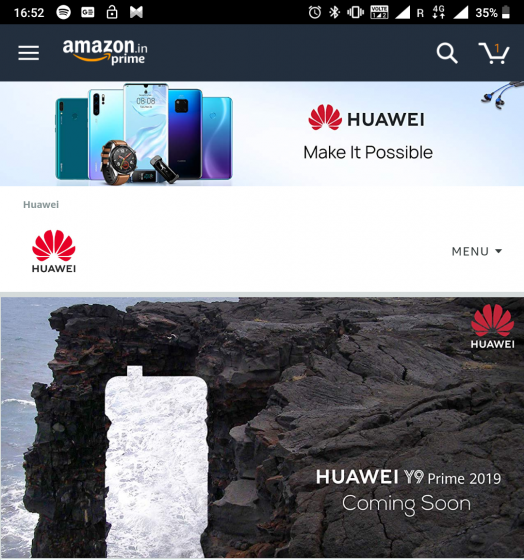 The Huawei Y9 Prime (2019) was listed on the company’s global website back in May. It was silently introduced as an upgrade to the Y8 Prime (2018) and is quite resemblant to Huawei P Smart Z.

Coming to the specs, the lengthy named Huawei Y9 Prime (2019) features a dual-tone finish on the rear panel – akin to the Pixel lineup. There’s a 6.59-inch Full-HD+ LTPS LCD display panel on the front here, with a 19.5:9 aspect ratio and 84.3% screen-to-body ratio. There’s no notch or punch-hole aboard here instead, you get a new pop-up camera to offer a fullscreen experience.

This device is powered by the Kirin 710F chipset, coupled with 4GB RAM and up to 128GB storage (expandable up to 1TB via microSD card). It runs Huawei’s EMUI 9 ROM based on Android 9 Pie out-of-the-box and packs a 4,000mAh battery.

As for the cameras, Huawei Y9 Prime (2019) is equipped with a triple camera setup. It includes a 16MP (f1.8) primary sensor, alongwith the trendy new 8MP ultra-wide-angle lens, and 2MP depth sensor. The 16MP (f/2.0) selfie camera sits in the pop-up module, which a lot of people have now started to fancy.

Huawei Y9 Prime (2019) comes in three color variants – Midnight Black, Emerald Green, and Sapphire Blue. It is expected to be priced at around or under Rs 20,000 to compete against other Chinese phone makers. Stay tuned for the launch date and return back for more updates.