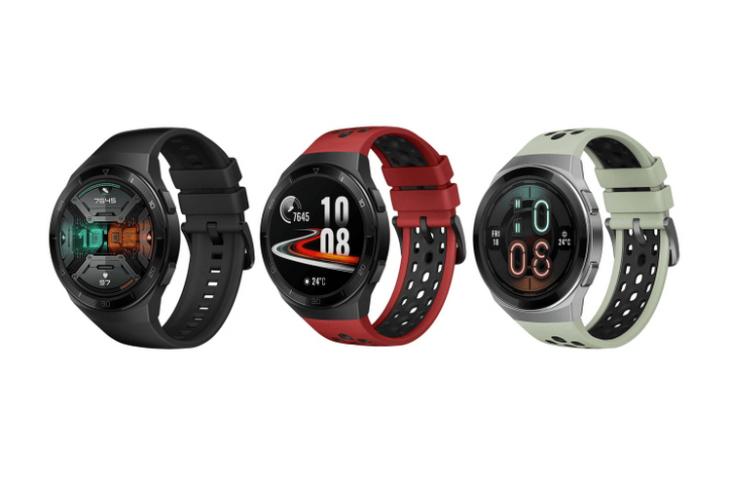 Alongside the flagship Huawei P40 series, Chinese tech giant Huawei will be launching a new smartwatch called Huawei Watch GT 2e at its digital event scheduled to be held on the 26th of March.

Earlier today, Huawei posted a teaser video of the smartwatch on its Huawei Mobile YouTube channel, thereby confirming the launch date. Take a look at the video below.

We already know almost everything regarding the Huawei Watch GT 2e, thanks to the leaked renders and specifications of the smartwatch published by Roland Quandt from WinFuture. The Huawei Watch GT 2e features minor improvements in terms of design over its predecessor Huawei Watch GT 2 that got launched last December in India with a starting price of Rs. 14,990.

According to WinFuture, the Huawei Watch GT 2e retains the same 1.39-inch AMOLED display with a 454×454 pixel resolution. The smartwatch is expected to be powered by an energy-efficient ARM Cortex-M3-SoC HiSilicon Hi1132 chip. There will be 4GB of onboard storage.

In terms of connectivity, the smartwatch is rumored to support Bluetooth 5.1 (BLE) standard. In fact, Huawei Watch GT 2 was one of the first few smartwatches to come with Bluetooth 5.1 compatible chip.

As far as the sensors are concerned, the Huawei Watch GT 2e is tipped to feature a barometer, accelerometer, gyroscope, compass, heart rate sensor, pedometer, motion sensor, and microphone. The watch will come with GPS, sleep tracking, heart rate, and fitness tracking capabilities.

The battery in the Watch GT 2e is said to have a capacity of 455 mAh that takes about 1.5 hours to charge through its magnetic pins. The battery life is rumored to remain unaltered to match 14 days of battery offered by its predecessor. If that claim turns out to be true, you could be getting at least 30 hours in GPS mode, 24 hours of music playback, and 10 hours of Bluetooth calling.

We could be seeing the Huawei Watch GT 2e in three color variants namely Graphite Black, Volcano Red, and Mint Green. The pricing is not known yet but according to WinFuture, Huawei is expected to price the smartwatch around 200 Euros (~Rs.16,200).