Huawei recently released the Nova 3 (Rs. 34,999), an affordable flagship which offers top-of-the-line specifications at a reasonable price, to compete with the likes of the OnePlus 6 and the Asus ZenFone 5Z. The smartphone has a lot going for it on paper, with its flagship Kirin 970 processor, 6GB of RAM, 128GB storage and a quad camera setup, but how does it perform in real world use? Well, in order to find out we’ll have to take a granular look at each and every aspect of the smartphone, testing and critiquing every feature that it offers. And that’s exactly what we’re going to do, starting off with its cameras. So without further ado, let’s jump right into the Huawei Nova 3 camera review and find out if its quad camera setup is actually worth the hype:

First off, let’s take a look at what exactly the Nova 3 packs in the camera department. Much like other affordable flagships in the market today, the Huawei Nova 3 has a dual camera setup on the back, featuring a 16MP f/1.8 primary sensor and a 24MP f/1.8 secondary monochrome sensor. Unlike other mainstream smartphones however, the device also packs a dual camera setup up front, featuring a 24MP f/2.0 primary sensor, coupled with a 2MP secondary sensor for depth perception. Neither the front or the rear camera setup offers any kind of stabilization, but somehow that doesn’t stop the device from delivering great images time and time again.

The rear facing dual camera setup on the Nova 3 performs exceptionally well in good lighting conditions, capturing images with ample amounts of detail, good dynamic range and vivid color reproduction. Granted, the AI feature on the camera oversaturates the images a bit, but in all honestly, they look better than the washed out images captured by other devices in this price range. Just take a look at the camera samples below and see for yourself:

The 16MP f/1.8 primary sensor captures remarkable low-light shots, assisted by the monochrome sensor which adds detail, sharpness and dynamic range to the images. Using the auto mode with the AI enhancements turned on, the phone is easily able to capture ample amounts of light to deliver images that have a good amount of details, high dynamic range and little to no noise. I was truly impressed with the camera’s low-light performance as it even managed to capture decent images when it was almost pitch black. Take a look at some sample images I captured during my time with the device:

With the dual camera setup in place, it’s quite obvious that the Nova 3 features a portrait mode to give images that DSLR-like shallow depth of field look. I honestly wasn’t expecting the device to perform well while capturing portrait images, considering that it features a secondary monochrome sensor and not a telephoto sensor, but I was blown away by the results. Portrait mode images captured by the Nova 3 in good lighting conditions had a very natural bokeh effect with great edge detection. However, the device did struggle with edge detection in low-light conditions, resulting in images that were just about okay, but nothing as bad as the ones captured by the Asus ZenFone 5Z. Just take look at the following samples and see for yourself:

Coming to the front of the device, the Huawei Nova 3 packs in a 24MP f/2.0 primary sensor along with a 2MP secondary sensor for depth perception. Much like the rear facing camera, the images captured using the front facing camera are rather remarkable, with a good amount of detail and vibrant colors. The front camera setup, thanks to the 2MP secondary sensor, also has a portrait mode option which is capable of capturing decent portrait shots with good edge detection and a pleasant bokeh effect. Just take a look at the following sample images and see for yourself:

You’d probably be wondering that if the camera on the Nova 3 is that good, how does it stack up against other popular affordable flagships in the market today, namely the OnePlus 6 and the Asus ZenFone 5Z. Well, we’ve got you covered. The cameras on the Nova 3 perform significantly better than the other two devices, delivering stunning images with better details, dynamic range and colors in almost every test that we conducted. Here are a few samples that we took using the three devices which will give you a better understanding of how the cameras on the Nova 3 stack up against the OnePlus 6 and the ZenFone 5Z:

In case you want a more in-depth comparison of the cameras on all three devices and are wondering how the devices stack against each other in other aspects, then you can check out our full comparison of the Nova 3, OnePlus 6 and the ZenFone 5Z by following this link.

In conclusion, the Huawei Nova 3’s four cameras are actually worth the hype as they perform exceptionally well in almost all conditions. For the price, this is definitely the best smartphone camera you can buy right now and in case you’re looking for an affordable flagship that rocks a decent camera setup then the Huawei Nova 3 should be your go to option. However, if you’re looking for a smartphone that you can shoot videos with, then you’ll probably have to look elsewhere as the video performance of the Nova 3 doesn’t quite match up to its camera performance. In my opinion, for Rs. 34,999, you can’t get a better smartphone camera in the market today.

In their quest to prove the supposedly-superlative photography capabilities of their smartphones, manufacturers have been time and again caught lying about the source of...
Kishalaya Kundu - Aug 20, 2018 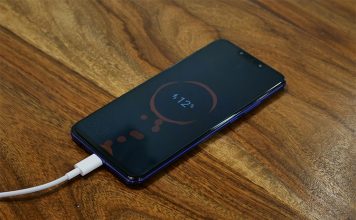 Huawei quite recently released another smartphone in the affordable flagship price bracket which offers the best hardware specifications from the company at a rather...
Pranob Mehrotra - Aug 6, 2018 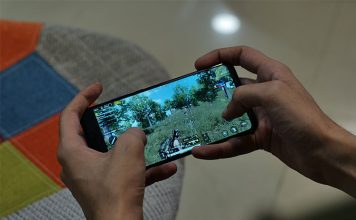 The affordable flagship space gained a new competitor with the release of the Huawei Nova 3, a smartphone featuring the top-of-the-line hardware from Huawei...
Pranob Mehrotra - Aug 6, 2018 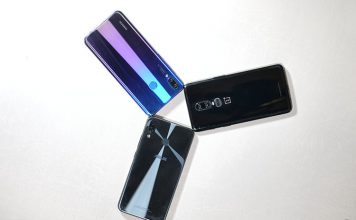 The recent launch of the Huawei Nova 3 (Rs. 34,999) added a worthy contender for the title of the best affordable flagship, posing stiff...
Pranob Mehrotra - Aug 3, 2018

Huawei recently unveiled the Nova 3 in India, an affordable flagship priced at Rs. 34,999, adding a new contender to the likes of the OnePlus...
Pranob Mehrotra - Aug 1, 2018