It looks like Huawei is not just focusing on smartphones anymore. With the help of Google, ARM and LeMaker, the company has managed to develop the most powerful ARM-based single board computer ever, called the HiKey 960. Raspberry Pi will be facing some serious heat with this release, especially because of the performance this bad boy packs for a single board computer. 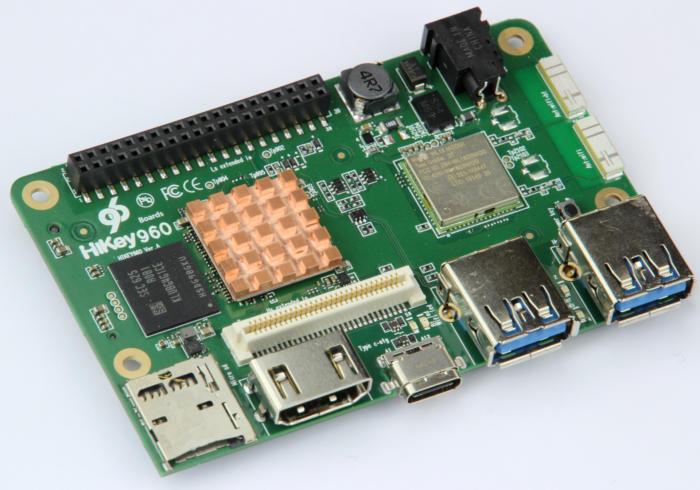 The graphics horsepower that’s required will be handled by the Mali G71 MP8 GPU that’s considered to be slightly more powerful than the Adreno 530 GPU on the Snapdragon 820/821 chips. The HiKey 960 also comes with built-in 32 GB of storage and 3 GB LPDDR4 RAM. Well, there’s no doubt that this board is a beast, packing capabilities of a high-end smartphone in the market today.

Huawei thinks this single computer board will be primarily used by Android developers as a tool to write and test applications. In addition to this, the HiKey 960 can also be used to create smart devices like robots, quadcopters etc.

So, what’d you think? Is the HiKey 960 really a Raspberry Pi killer? It’s currently available on Amazon for a $239.99 asking price, if you want to give it a shot.