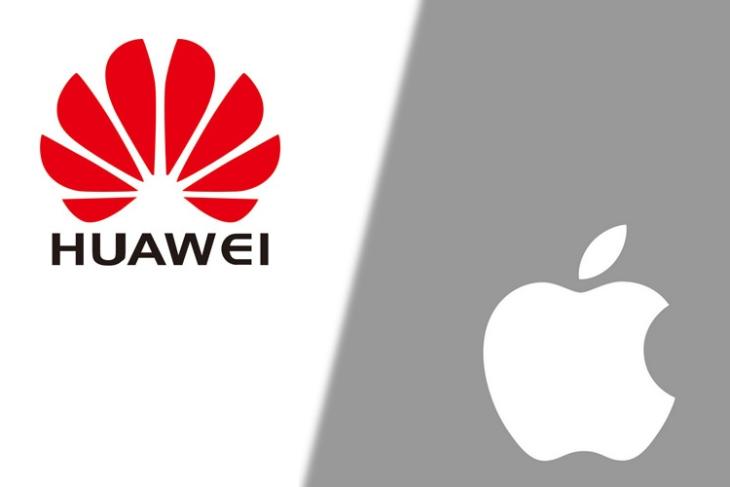 Apple’s market share is China is dwindling with each passing quarter, thanks to the growth of domestic manufacturers like Huawei and Xiaomi, which recently pipped Apple to become the fourth largest smartphone brand in China. But it appears that Apple is not only losing ground to domestic brands in terms of smartphone sales, but in reputation as well.

According to a report from the South China Morning Post, Huawei is the second-most reputed company in China, beating the likes of Nokia and Apple in the Chinese market. As per a survey conducted by leading research and advisory firm, Reputation Institute, Huawei was voted as the most reputed company among smartphone manufacturers in the country, comfortably beating Apple which sits at the 12th spot.

The survey report, titled 2018 China RepTrak 100, was compiled after conducting a poll which saw around 30,000 Chinese participants voting for over 280 companies, both domestic and international. The participants were tasked with rating the companies on parameters like trust, esteem, admiration and good feeling, with the average of them all constituting the final reputation score.

At the conclusion of the reputation survey, Huawei got 72.5 points to nab the second spot behind Intel which got 73.6 points to top the chart, while Apple secured a distant 12th rank with a score of just 69.7 points. In Reputation Institute’s survey, it was discovered that Chinese citizens perceive Huawei to be ‘more genuine’ than Apple, and that the Chinese smartphone maker ‘stands out from the crowd’. Apple, on the other hand, was found to lag behind when it comes to transparency.

Apple’s reputation took a major hit in China after reports of poor working conditions at Foxconn’s facilities started making the rounds. It was discovered that Foxconn employs high school students to manufacture Apple devices in hazardous working conditions, which even led to some workers committing suicide. Apple’s reputation score in China dropped 8.7 points after the reports caught the attention of global media. All in all, it appears that Apple is facing tough competition from domestic brands like Huawei on multiple grounds, be it innovation, market reach, or popular perception.