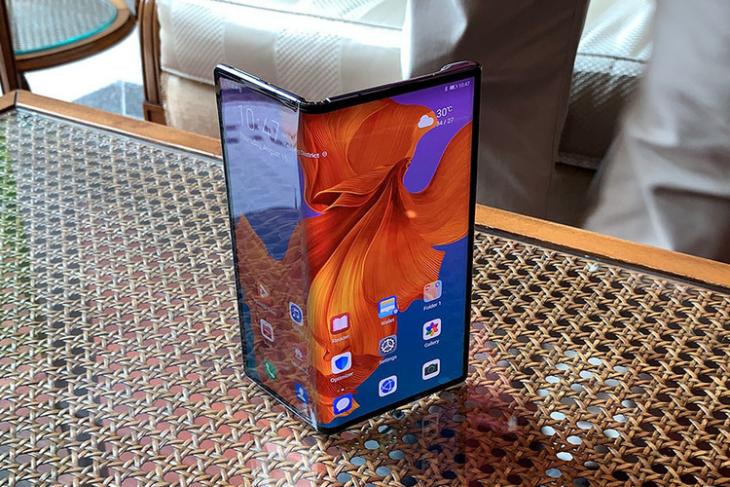 Huawei is at the forefront of 5G equipment and service development, providing telecom partners with the technology needed to set up next-gen connectivity. The Chinese giant plans to show off these technologies and equipment at its upcoming 5G conference that has been scheduled for October 23.

The company has officially sent out media invites for its 5G conference in China and the rumor mill suggests that Huawei will announce the launch details for its first-ever foldable smartphone – Huawei Mate X 5G at the event. It now includes some minor upgrades over the Mate X foldable phone shown off by the company back in February.

While the design of the Mate X largely remains the same, as shown in this unboxing and hands-on video, Huawei has included a new physical button to unlock the folding display and flip open the device in tablet mode. It seems the company has replaced magnets to make space for the new chipset and camera onboard.

Huawei Mate X 5G will be powered by the latest Kirin 990 chipset with 5G support (all thanks to the Balong 5000 5G modem) as compared to the original variant of the Mate X foldable phone, which was powered by the Kirin 980 chipset. This is paired with 12GB of RAM, up to 512GB of storage, 4500mAh of battery, and a new TOF sensor, alongside the triple camera setup.

The company had earlier announced a mid-July release for its foldable phone, but it has been delayed for unspecified reasons. It could be because of the hullaballoo around the Galaxy Fold and screen breaking issue, giving Huawei time to reinforce its own foldable screen and hinge design. It’s crucial for the Chinese company to take care of this aspect since its screen folds open outwards and users wouldn’t want it scratching easily.

Huawei Mate X 5G will be the third foldable phone to be launched in 2019 – after Galaxy Fold and Royole FlexPai, if the much-anticipated Motorola RAZR foldable phone does not arrive before it. Excited? Share your thoughts with us in the comments down below.